Google Cloud Platform signs up enterprise giants, how does it compare to AWS? - TechRepublic

In the cloud platform wars, Google Cloud Platform sits squarely in third place behind Microsoft Azure and AWS, respectively. However, Google has been been making major moves to bolster its offering in an attempt to make itself more competitive in the enterprise. On Wednesday, at the Google Cloud Platform Next conference in San Francisco, Google announced Disney Consumer Products Interactive Media and Coca Cola as the newest customers of the platform. Google has made strides with some enterprise customers, but the platform has primarily been targeting SMBs and startups--even going as far as to offer 100,000 discounts to help get startups on board. However, it's clear that enterprise customers will be critical in the battle between IaaS and Paas providers. 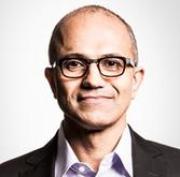 Diane Greene, Google's senior vice president of cloud, announced Thursday that Google's enterprise business is officially rebranding as Google Cloud. "We're the full power of Google in the Cloud," said Greene at a San Francisco, Calif., event. Initially, "we were sort of Google for Work, Google Cloud Platform, Google Apps, Enterprise," she said. The enterprise business, she continued, offers a "uniquely Google broad set of technologies, solutions, products," from Android and secure Chromebooks to the Google Cloud Platform and its machine learning capabilities. Since Greene was tapped to join Google late last year, the company has made a concerted effort to bring on the corporate clients that Google needs to compete in the cloud space against Amazon Web Services. 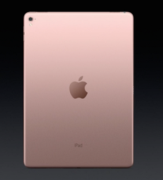 Google executives on Tuesday took turns extolling the capabilities and potential of the company's cloud computing infrastructure, with an eye toward dethroning cloud computing leader Amazon. "In the future, almost everything will be done in the cloud because it simply is a better way of doing computing," said Google CEO Sundar Pichai in opening remarks at the Google Cloud Platform Next 2016 conference. Such sentiment is expected at a cloud evangelism event. But Google wrapped its hard sell in an alluring package, the promise of machine learning. "This platform is not the end, it's the bottom," said Eric Schmidt, chairman of Google parent company Alphabet.

The tech titan's cloud team really wants enterprises to know that it's serious about serving their needs. Diane Greene, the senior vice president of Google Cloud, showcased a suite of partnerships and customer announcements that provided concrete results for the enterprise-focused strategy that Greene kicked off when she joined Google in 2015. Google hasn't always focused on the enterprise. The announcements showcased on Wednesday show that the company's initiatives to make its G Suite productivity service and public cloud platform offerings have been resonating with customers it may not have reached in the past. The difference between where Google is now in regard to the enterprise and where it was is "night and day," Gartner Vice President David Mitchell Smith said in an email.

Alphabet's (NASDAQ:GOOG) (NASDAQ:GOOGL) Google is an underdog in the cloud platform market, which is mostly dominated by Amazon (NASDAQ:AMZN) and Microsoft (NASDAQ:MSFT). Earlier this year, Google revealed that its entire cloud business was generating over $1 billion in revenue per quarter. That figure sounds impressive, but it's dwarfed by Amazon and Microsoft's cloud revenues. AWS (Amazon Web Services), which doesn't offer productivity software like Google's G Suite, generated $6.1 billion in revenue during Amazon's most recent quarter. Microsoft, which owns cloud services like Office 365, Dynamics CRM, and Azure, generated $6.9 billion in commercial cloud revenue last quarter.