AI is learning from humans. Many humans.

Namita Pradhan sat at a desk in downtown Bhubaneswar, India, about 40 miles from the Bay of Bengal, staring at a video recorded in a hospital on the other side of the world. The video showed the inside of someone's colon. Pradhan was looking for polyps, small growths in the large intestine that could lead to cancer. When she found one -- they look a bit like a slimy, angry pimple -- she marked it with her computer mouse and keyboard, drawing a digital circle around the tiny bulge. She was not trained as a doctor, but she was helping to teach an artificial intelligence system that could eventually do the work of a doctor. Pradhan was one of dozens of young Indian women and men lined up at desks on the fourth floor of a small office building. They were trained to annotate all kinds of digital images, pinpointing everything from stop signs and pedestrians in street scenes to factories and oil tankers in satellite photos. AI, most people in the tech industry would tell you, is the future of their industry, and it is improving fast thanks to something called machine learning.

Amazon is no longer a Seattle company. Here's what that will mean for future workers and its second headquarters

You could work for Amazon in your PJs. Amazon has more than 1,200 Amazon staff in the greater Boston area. BOSTON – Amazon isn't just a Seattle company anymore, and a visit to its offices in this university city explains why. Here, in an old Necco wafer candy factory in the formerly industrial neighborhood of Fort Point, Rohit Prasad oversees 1,200 workers developing Alexa, the company's digital assistant. Walls made out of shipping containers, a playful nod to Amazon's main business, and exposed brick echo the urban tech vibe of its Seattle headquarters.

Indian IT company Infosys announced Thursday it would create 1,000 additional jobs in Indiana by the end of 2023, expanding its hiring plan in the state from 2,000 to 3,000 new jobs. The company also said it would make an initial investment of $35 million in Indianapolis to set up a training center for its U.S. workers. Eric Holcomb, governor of Indiana, posted a number of tweets about the news Thursday, from the announcement event where Vice President Mike Pence -- who is from Indiana -- and Secretary of Labor Alexander Acosta were also present, along with company executives. In a statement, Holcomb said the training facility "will teach thousands of folks across America right here on Indiana soil. And, it will help prepare more current and future Hoosiers for success in our rapidly evolving, global economy."

Meet the People Who Pick Up When You Call Customer Service 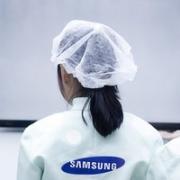 To you, a customer service rep is a voice on the phone, someone to sort out a billing error or missed delivery. To José Sarmento Matos, it's a person, and he wants you to meet them. "We tend to forget that they're people," he says. "They're making money to pay their bills and take care of their kids and their parents: they have feelings and they have lives." Matos reveals some of those lives in his ongoing series How can I help you?

With automation looming, Amazon is investing $700 million to retrain 100,000 U.S.-based workers for new jobs. The goal is to shift one-third of Amazon's workforce by 2025 into in-demand jobs at the company that focus on software engineering, data sciences, robotics, and coordinating logistics to ship products. Still, the company says its free retraining programs will help employees get "highly skilled roles within or outside of Amazon." "The American workforce is changing. There is a greater need for technical skills in the workplace than ever before. Amazon is no exception," the company said in the announcement.