MediaTek announced in November that it was going to take a break from making flagship level processors in order to focus more on the mid-range chipset segment. 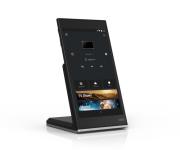 Vizio has announced a new series of 4K UHD TVs that leverage the advanced technologies developed for the company's Reference Series, such as HDR (High Dynamic Range) and more accurate color, but at significantly lower price points. The 50-inch P-Series TV retails for 999, including a 6-inch Android tablet that can be used both as a remote and for streaming content to the TVs via the newly supported Google Cast. Said tablet is bundled with all P-Series TVs. This 6-inch Android tablet/remote will be included with each of Vizio's P-Series TVs. Vizio is calling its implementation of Google Cast (nee Chromecast) Wi-Fi multimedia streaming SmartCast, and it will be supported by all of its P-series TVs as well as upcoming sound bars and standalone Wi-Fi speakers.

This might be one of the best TVs for the money

The P-Series Quantum is positioned between the excellent P-Series Quantum X and the more affordable M-Series Quantum. As you might guess from the naming scheme, almost all of Vizio's 2020 TVs feature quantum dots, microscopic nanocrystals that enhance color saturation. They also all feature full-array local dimming (FALD) backlights, which make for better than average contrast--especially during HDR viewing. Time in the lab revealed something we already assumed: the P-Series Quantum is excellent. In fact, the only reason to spring for the higher-end Quantum X is if you really want top-of-the-line brightness and color performance.

You can finally get your hands on Vizio's flagship 2018 4K TV, the 65-inch P-Series Quantum, starting today. The $2,100 set is the company's most advanced TV yet, with 2,000 nits of peak brightness and a sleek new bezel-less design. It also packs in 192 local dimming zones, compared to 100 from the previous P-Series set. That helps the Quantum TV reach its high brightness, and it also improves contrast and black levels. In a brief demo a few months ago, the P-Series Quantum offered a noticeable improvement in image quality from the earlier line.

Today at CES, Roku unveiled 25 new Roku 4K TVs for the North American market, lowering the price bar for Dolby Vision HDR tech. As with past models, its latest C-series and P-series sets have built-in Roku streaming, giving you access to most smart TV and streaming services. TCL isn't exactly known for its great picture quality, but those lineups come with Dolby Vision HDR, giving you many times more colors, a brighter image and deeper blacks. And while such sets have generally cost $1,000 and up, the 50-inch P-series TV will launch for an affordable $500. Dolby Vision has been adopted by film studios like MGM and Universal, along with streaming services including Netflix, Amazon and Vudu.