France's initiative to revive "peace talks" between Palestinians and Israelis will not produce a just and effective resolution for Palestinians, activists and analysts told Al Jazeera. "The fundamental reason why the two-decade long talks have failed is that they assumed there is symmetry between Israelis and Palestinians at the negotiating table, when in fact there's no such symmetry," said Tareq Baconi, a policy fellow at Al-Shabaka Palestinian Policy Network. "But [the process set in motion by France] is unlikely to result in a just resolution. It regurgitates the same things that have failed over the past two decades to produce any effective resolution," he told Al Jazeera. Top representatives from 28 countries, the United Nations and the European Union convened in Paris on Friday in the first effort to revive talks between Israelis and Palestinians in two years. 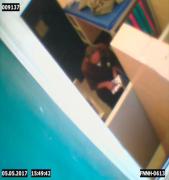 JERUSALEM – Palestinians called for a boycott of Pizza Hut on Tuesday after the company's franchise in Israel was accused of mocking hunger-striking prisoners. The franchise's Facebook page was said to have shared an image released by Israeli police which appears to show Palestinian hunger-strike leader Marwan Barghouti secretly breaking his fast. "Barghouti, if you are going to break your (hunger) strike, isn't pizza the better choice?" a screenshot of the post said, with a pizza box seemingly photoshopped into the picture. The image was later removed from the Facebook page, though it was still found on the page of at least one local branch. A spokeswoman for Pizza Hut International apologized for the post.

Nazareth - Wearing a T-shirt, chanting songs at a demonstration or donating clothing could be enough for Israel's large Palestinian minority to fall foul of a newly passed anti-terrorism law, civil rights groups have warned. The legislation, applied in Israel and occupied East Jerusalem, has been condemned as a "dangerous" threat to civil liberties. It dramatically broadens the range of offences to include sympathising with, encouraging and failing to prevent terrorism. According to legal experts, it also gives Israeli police sweeping new powers to arrest suspects and deny them access to lawyers. Courts will be required to hand out long jail sentences.

Israeli authorities have refused to renew the travel document of Omar Barghouti, a leading member of a global boycott campaign, effectively imposing a ban on his movement. Barghouti, who lives in Acre, is the cofounder of the Boycott, Divestment and Sanctions (BDS) movement – a Palestinian-led human rights campaign, which advocates for the end of Israel's occupation of the West Bank, Gaza Strip and other Arab territories. The group accused Israel of trying to suppress the freedom of speech of Palestinian human rights activists, and said the move potentially demonstrated the authorities' interest in revoking Barghouti's residency rights. Barghouti, who holds Israeli permanent residency, needs to apply for a travel document to go in and out of the country. "I am unnerved but certainly undeterred by these threats," he said in a statement.

Next month, a French initiative to revive peace talks between Palestinians and Israelis is expected to take place in Paris. The new initiative, however, is being held against the background of tensions that have boiled over into violence since October in Israel and the occupied Palestinian territories of the West Bank, including East Jerusalem, and the blockaded Gaza Strip. During this period, the Israeli army has killed at least 206 Palestinians, including protesters, bystanders and alleged attackers, while 33 Israelis were killed in stabbing and shooting incidents. Detached from the reality of hostility are dozens of joint Israeli-Palestinian peace-building NGOs - and other highly creative ventures - who are working "to overcome challenges and foster tolerance in the absence of political reconciliation". Focusing on dialogue, social change and cooperation, activists say they are working to humanise "the other" and to construct peace on the personal level.