Until now, people who had installed ad blocking software on their computers were able to skip adverts on Facebook. However, the social media site says it will start using software to bypass the blockers. From today, Facebook users who access the site via their desktops will be shown adverts, regardless of whether they have a blocker installed. From today, Facebook users will be presented with new options at the top of their news feed, showing them what Facebook thinks they like. They will also be shown a list of which advertisers are using their contact information to target them on the network.

Facebook Wants to Help Sell Every Ad on the Web

Facebook FB -0.31 % has set out to power all advertising across the Internet. To that end, the social network and online advertising company said Thursday it will now help marketers show ads to all users who visit websites and applications in its Audience Network ad network. Previously Facebook only showed ads to members of its social network when they visited those third-party properties. The change is a subtle one, but it could mean Facebook will soon help to sell and place a much larger portion of the video and display ads that appear across the Internet. The change will also intensify competition with Alphabet Inc. GOOGL 1.16 % subsidiary Google, which dominates the global digital-advertising market, and a wide range of other online ad specialists.

Facebook FB -0.02 % is going to start forcing ads to appear for all users of its desktop website, even if they use ad-blocking software. The social network said on Tuesday that it will change the way advertising is loaded into its desktop website to make its ad units considerably more difficult for ad blockers to detect. Ads are a part of the Facebook experience; they're not a tack on," said Andrew "Boz" Bosworth, vice president of Facebook's ads and business platform. User adoption of ad-blocking software has grown rapidly in recent years, particularly outside of the U.S. According to estimates by online advertising trade body the Interactive Advertising Bureau, 26% of U.S. internet users now use ad blockers on their desktop devices. Facebook declined to comment when asked on what portion of its desktop users have ad-blocking software installed.

What Facebook's Head of Advertising Wants to See Happen in 2017 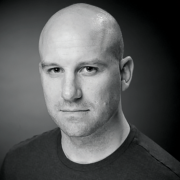 The digital exec sees the smartphone only becoming more helpful. During his long tenure at Facebook, Andrew Bosworth has been tasked with creating both the company's newsfeed and its mobile advertising strategy. Now, Bosworth--Facebook's vp of ads and business--has his sights set on another shift in how people use the plaform by making it more useful. Bosworth, a close advisor to CEO Mark Zuckerberg, believes people don't use smartphones in their daily lives nearly as much as they should. "I continue to be really caught up with these tremendously capable devices, in terms of what they can do--location awareness, cameras--they've got everything you need, and we do not use them in the physical world nearly as often as I would expect," he said, speaking with Adweek after giving a talk at the Consumer Electronics Show in Las Vegas on Friday.

Facebook, which turned its 1.65 billion users into a 18 billion ad business and growing, is now going to start showing ads to the rest of the world, even if they've never signed up for a Facebook account. The social network already tracks its own users around the web through its Audience Network, an advertising network for third-party websites; now, it is expanding this capability to non-Facebook users anyone visiting a website with a "like" button, the company announced Friday. That step is an effort to reach the more than 3 billion who use the internet, a broadside against Google's 24 billion display ad business, the world's largest. Facebook's strength lies in the troves of data it has on its active user base. That information can be used to inform the habits of the users it does not know so much about, what is called "lookalike targeting."