Meet Otto, The Startup That Wants To Make Self-Driving Trucks A Thing

A Silicon Valley startup founded by former Google employees is looking to radically change long-haul trucking. Otto is developing a self-driving truck upgrade kit for commercial rigs. As with the race to develop self-driving cars, Otto is not alone in these ambitions, but self-driving trucks could lead to unintended consequences for local economies, particularly in small towns that rely on the trucking industry. Otto debuted with its plan in a Medium post published Tuesday. The startup highlights the need for self-driving trucks by citing the deteriorating quality of life for drivers, road congestion, pollution and safety.

Uber is folding its self-driving truck program, the company confirmed Monday, to focus exclusively on building its own self-driving passenger car technology. "We recently took the important step of returning to public roads in Pittsburgh, and as we look to continue that momentum, we believe having our entire team's energy and expertise focused on this effort is the best path forward," Eric Meyhofer, head of Uber Advanced Technologies Group, said in a statement provided to ZDNet. Back in March, Uber halted its self-driving car tests in every city in the US after a pedestrian in Arizona was killed by an Uber car operating in autonomous mode. Just last week the company announced it would resume testing its self-driving cars in Pittsburgh -- but in manual mode, with a human driver always in control. Uber launched its self-driving truck division with the 2016 acquisition of Otto.

Uber Parks Its Self-Driving Truck Project, Saying It Will Push For Autonomous Cars 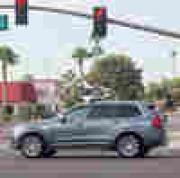 Could self-driving trucks hit America's highways? This startup thinks so

Everyone in San Francisco these days wants to build a self-driving car. So in a company town that prides itself on going against the grain, this startup wants to build a self-driving truck. On Tuesday, several former Google, Tesla and Apple engineers announced they had quit their prestigious jobs to start Otto, which aims to sell automation kits for the massive semi-trailers that crowd America's highways. The company says it has logged more than 10,000 test miles and recently tested its truck on a Nevada highway. Self-driving startups have become commonplace in the latest tech boom as many engineers have lost interest in simply building apps and robotics technology becomes cheaper.

Former NASA engineer Mark Moore will now be working on Uber's flying car project, Uber Elevate. SAN FRANCISCO -- Seems like Uber is in another tussle with the California Department of Motor Vehicles over its self-driving vehicle testing. A few months ago, the ride-hailing giant announced that it would begin testing self-driving Volvo SUVs in this hilly city, but a day later that process was halted after the DMV said Uber had not applied for the proper permits. Uber moved its fleet to Arizona. Uber cars laden with sensors still troll San Francisco, but the company said it is only for mapping purposes.