The deployment of artificial intelligence (AI) in mining is enabling companies to improve their efficiency and productivity, which is crucial to their profitability. The mining industry is pivotal to the world's economy. The mining industry's top companies had a total revenue of approximately 683 billion U.S. dollars in 2018. Implementation of AI in mining activities can help push the industry even further forward by reducing the operating costs and simplifying the mining processes. A majority of mining companies still depend on traditional mining practices.

How a Data Mining Giant Got Me Wrong

On the positive side, there are indications Acxiom doesn't engage in racial profiling: The company predicts I have a 13.6 percent probability of interest in regularly going to a bar. I asked Hargreaves, the professor, if this seemed a statistically reasonable estimate for an Irish journalist. After she stopped laughing, Hargreaves said accurate predictions hinged on the raw data on which the profile is based.

Kodak slaps its name on a sketchy bitcoin mining business

Kodak's attempt to ride the cryptocurrency wave isn't just limited to offering its own virtual coins. CES attendees have learned that Kodak has attached its name to a Spotlite-run bitcoin mining business that will lease you a "Kodak KashMiner" computer for a 2-year contract. It'll cost you $3,400 plus half of the value the machines earn, but Spotlite argues that it's effectively a license to print money. If you believe the company's math, you'd be paid $375 per month if bitcoin maintains an average price of $14,000. However, there's just one problem: the math ignores the very nature of how bitcoin works. 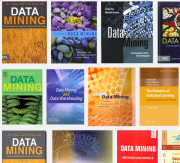 I've received an unsolicited email today from Pedro Marcus, from DataOnFocus. While usually I don't even open them due to the volume that I get each day, this one was actually very interesting, thus I'm sharing it with you.

The first resource to be mined will be ice, to provide water for the space industry. "Water plays a profound role in so many activities in space--and it will be far less expensive to produce it there than to bring it up from Earth," said Chris Lewicki, Planetary Resources chief executive.