One of the biggest complaints for diabetics is they hate having to prick their fingers multiple times per day to test blood sugar levels. A global diabetes epidemic is fuelling record demand for insulin but tens of millions will not get the injections they need unless there is a dramatic improvement in access and affordability, a new study concluded on Wednesday. Diabetes -- which can lead to blindness, kidney failure, heart problems, neuropathic pain and amputations -- now affects 9 percent of all adults worldwide, up from 5 percent in 1980. The vast majority have type 2 diabetes, the kind linked to obesity and lack of exercise, and cases are spreading particularly rapidly in the developing world as people adopt more Western, urban lifestyles. Researchers said the amount of insulin needed to effectively treat type 2 diabetes would rise by more than 20 percent over the next 12 years, but insulin would be beyond the reach of half the 79 million type 2 diabetics predicted to need it in 2030. 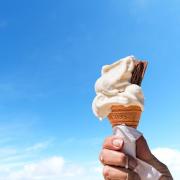 Lots of people rely on insulin injections to manage their blood sugar. But after nearly a century of helping diabetics, the hormone is starting to look appealing for other uses as well. According to a new study published Tuesday in Nature Communications, even individuals without diabetes might one day use insulin around mealtimes--but as an appetite-suppressing nasal spray. It's still early days, but in this study, "we show that insulin is not only involved in metabolic eating, it is also important for regulating hedonic eating," explains author Stefanie Brassen, a neuroscientist at the University Medical Center Hamburg-Eppendorf. In other words, it doesn't just help regulate your body's endless need for energy.

Add one feature to the technological Swiss army knife that is your smartphone: the ability to deliver doses of insulin. The Food and Drug Administration cleared the first app for iPhone and Android devices capable of giving diabetes patients doses of insulin. In a statement, Tandem Diabetes Care confirmed its t:connect mobile app, which pairs with the company's t:slim X2 insulin pump, will allow diabetic users to administer a dose of insulin directly through their smartphone. The feature is used for bolus insulin dosing, said the company. According to the nonprofit organization Beyond Type 1, bolus insulin is a type of insulin taken to prevent glucose spikes after meals.

Most Medicare enrollees could get insulin for $35 a month

Medicare recipients will be able to get prescription plans that limit copays for insulin, a potential savings of hundreds of dollars, the White House announced Tuesday in a pivot to pocketbook issues that could influence November's election. The new benefit -- to be formally unveiled at a Rose Garden event Tuesday afternoon -- is being touted as a major accomplishment by Trump administration officials eager to change the subject from the grim drumbeat of coronavirus pandemic news. Older adults who pick a drug plan offering the new insulin benefit would pay a maximum of $35 a month starting next year, a savings estimated at $446 annually. Fluctuating cost-sharing amounts that are common now would be replaced by a manageable amount. The new insulin benefit will be voluntary, so during open enrollment this fall Medicare recipients who are interested must make sure to pick an insurance plan that provides it.

The coalition says price increases have made an essential drug unaffordable for many with diabetes and resulted in unnecessary deaths. Organizers say the average cost of insulin in the U.S. has tripled in the last 10 years, and it costs a person with Type 1 diabetes an average of $1,000 per month for insulin and supplies.