Can we stop killer robots?

Killer robots may sound like the name of a science fiction film, but they could be becoming a reality - and soon. Scientists say artificial intelligence has developed so quickly that we could soon see weapons that can choose a target and kill without being controlled by a human. The United Nations has held five days of talks in Geneva, Switzerland on banning what are known as lethal autonomous weapons. But the United States, Russia, Israel and the United Kingdom are against any restrictions, saying these developments could make war safer. How likely are killer robots?

Germany pledges not to use "killer robots"

Autonomous weapons are currently at the core of the debate about the future of artificial intelligence, and some countries are already starting to distance themselves from the ethical dilemma and the political controversy involved in their use.

Artificial Intelligence: Are super smart killer robots going to take over the world?

Killer robots, tanks, planes, and ships could theoretically fight wars for states, without any human intervention. They will be "weapons of terror, used by terrorists and rogue states against civilian populations" and will follow any orders however evil," according to Toby Walsh, a professor from the University of New South Wales, Australia. He added: "These will be weapons of mass destruction. One programmer and a 3D printer can do what previously took an army of people. "They will industrialise war, changing the speed and duration of how we can fight.

Thousands of scientists, engineers pledge not to develop killer robots 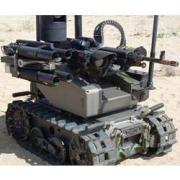