Why the American Civil Liberties Union is calling out Amazon's facial recognition tool. Amazon pitched its facial-recognition system to Immigration and Customs Enforcement (ICE) officials this summer as a way for the agency to target or identify immigrants, according to newly disclosed emails released this week. The emails, which were first published by the Daily Beast, were revealed as part of a Freedom of Information Act request by the advocacy group Project on Government Oversight, show that officials from ICE and Amazon discussed using the tech giant's controversial Rekognition face-scanning platform to assist with homeland security work. An Amazon Web Services official writes in one of the emails: "We are ready and willing to support the vital (Homeland Security Investigations) mission." Amazon Web Services, which develops and sells cloud computing, told The Washington Post in a statement, "We participated with a number of other technology companies in technology'boot camps' sponsored by McKinsey Company, where a number of technologies were discussed, including Rekognition." 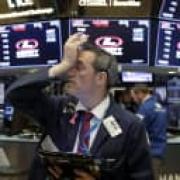 Inc. in June pitched its facial recognition technology -- which can identify people from surveillance footage using image databases -- as a tool for U.S. Immigration and Customs Enforcement, showing that Amazon continued to push the software to law enforcement agencies as criticism swirled from the company's workforce and civil liberties groups. Employees in the Amazon Web Services cloud-computing unit met with the federal agency in California to present its artificial intelligence tools, according to emails obtained by the nonprofit Project on Government Oversight. Those tools include Rekognition, which uses artificial intelligence to quickly identify people in photos and videos. The software enables law enforcement to track individuals from cameras in public places. The American Civil Liberties Union in May criticized the use of the technology by police departments in Oregon and Florida, saying it threatened civil rights.

Facial-recognition software developed by Amazon and marketed to local and federal law enforcement as a powerful crime-fighting tool struggles to pass basic tests of accuracy, such as correctly identifying a person's gender, new research released Thursday says. Researchers with M.I.T. Media Lab also said Amazon's Rekognition system performed more accurately when assessing lighter-skinned faces, raising concerns about how biased results could tarnish the artificial-intelligence technology's use by police and in public venues, including airports and schools. Amazon's system performed flawlessly in predicting the gender of lighter-skinned men, the researchers said, but misidentified the gender of darker-skinned women in roughly 30 percent of their tests. Rival facial-recognition systems from Microsoft and other companies performed better but were also error-prone, they said. The problem, AI researchers and engineers say, is that the vast sets of images the systems have been trained on skew heavily toward white men.

Employees at Amazon.com are calling on chief executive Jeffrey P. Bezos to end the sale of facial-recognition technology to law enforcement agencies and to discontinue partnerships with companies that work with U.S. Immigration and Customs Enforcement (ICE). In a letter, a group of Amazon workers said they are also troubled by a recent report from the American Civil Liberties Union revealing the company's sale and marketing of Rekognition, its facial-recognition technology, to police departments and government agencies. Workers at Amazon are protesting the recently halted Trump administration policy of separating migrant children from their parents at the U.S.-Mexico border. "We don't have to wait to find out how these technologies will be used. We already know that in the midst of historic militarization of police, renewed targeting of Black activists, and the growth of a federal deportation force currently engaged in human rights abuses -- this will be another powerful tool for the surveillance state, and ultimately serve to harm the most marginalized," the letter states.

Amazon would really like U.S. law enforcement to use its facial-recognition software, despite how its employees feel. According to internal documents obtained by the Project on Government Oversight, Amazon met with officials from U.S. Immigration and Customs Enforcement (ICE) over the summer in order to pitch facial-recognition technology known as Rekognition. SEE ALSO: Here's how to set up a VPN and protect your data In June 2018, Amazon Web Services sales representatives met with ICE officials to discuss the government agency's use of the face-scanning technology. In an email to ICE's Homeland Security Investigations that followed, Amazon sent "action items" which included "Rekognition Video tagging/analysis, scalability, custom object libraries." The Amazon sales representative went on to thank the agency for its interest in using the company's technology "to support ICE and the HSI mission."