In this week's Whiteboard Walkthrough Ted Dunning, Chief Application Architect at MapR, explains in detail how to use streaming IoT sensor data from handsets and devices as well as cell tower data to detect strange anomalies. He takes us from best practices for data architecture, including the advantages of multi-master writes with MapR Streams, through analysis of the telecom data using clustering methods to discover normal and anomalous behaviors. I'd like to talk a little bit about data processing in the context of telecom. In particular, what I'll be talking about is how to extend some of the ideas that we've talked about in other videos about anomaly detection to the particular case of telecom data. This is very different than some of the other data that we've been talking about.

This paper presents an analysis of continuous cellular tower data representing five months of movement from 215 randomly sampled subjects in a major urban city. We demonstrate the potential of existing community detection methodologies to identify salient locations based on the network generated by tower transitions. The tower groupings from these unsupervised clustering techniques are subsequently validated using data from Bluetooth beacons placed in the homes of the subjects. We then use these inferred locations as states within several dynamic Bayesian networks to predict each subject's subsequent movements with over 90% accuracy. We also introduce the X-Factor model, a DBN with a latent variable corresponding to abnormal behavior. We conclude with a description of extensions for this model, such as incorporating additional contextual and temporal variables already being logged by the phones.

The Wiki for the Stochastic geometry process is close but even then cell tower location determination is a little more complex than you or the Wiki described. It has only touched the surface of the problem....and BTW, I am not an expert, I have picked up some knowledge by working with people who are. In a flat plane the considerations you provided is generally correct, but in the real world where there is 3D there are more parameters to take into account. Some of which are localized water towers and buildings blocking the signals or reflecting them (multi-path propagation). Hills and mountains can produce holes and drop points.

Your Android smartphone could be tracking your every move, even when location services are switched off, it has emerged.

Researchers Use Ridesharing Cars to Sniff Out a Secret Spying Tool 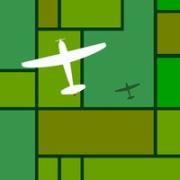 Law enforcement's use of the surveillance devices known as stingrays, fake cell towers that can intercept communications and track phones, remains as murky as it is controversial, hidden in non-disclosure agreements and cloak-and-dagger secrecy. But a group of Seattle researchers has found a new method to track those trackers: by recruiting ridesharing vehicles as surveillance devices of their own. For two months last year, researchers at the University of Washington paid drivers of an unidentified ridesharing service to keep custom-made sensors in the trunks of their cars, converting those vehicles into mobile cellular data collectors. They used the results to map out practically every cell tower in the cities of Seattle and Milwaukee--along with at least two anomalous transmitters they believe were likely stingrays, located at the Seattle office of the US Customs and Immigration Service, and the Seattle-Tacoma Airport. Beyond identifying those two potential surveillance operations, the researchers say their ridesharing data-collection technique could represent a relatively cheap new way to shed more light on the use of stingrays in urban settings around the world.