Here Are 25 Statements Republicans Gave About the Massacre in Orlando. Guess Which Word None of Them Used?

In the aftermath of Sunday's horrific shooting at Pulse nightclub in Orlando that killed 49 people and injured 53 others, many politicians have extended condolences to the families of the victims and expressed solidarity with the city of Orlando. President Obama addressed the nation from the Oval Office on Sunday, and all three remaining presidential candidates issued statements condemning the attack. But among responses from conservatives, there's a trend worth noting: They repeatedly fail to acknowledge that the shooting victims were targeted because they were gay or transgender. Dozens of statements from lawmakers acknowledge "the victims and their families" without mentioning what the victims had in common. Others highlight the role of Islamic radicalization but ignore blatant homophobia.

Annapolis shooting survivor on Trump: 'We need more than prayers'

A gunman opened fire on local Annapolis, Maryland newspaper the Capital Gazette on Thursday, killing five people. Prior to departing Wisconsin, I was briefed on the shooting at Capital Gazette in Annapolis, Maryland. My thoughts and prayers are with the victims and their families. Thank you to all of the First Responders who are currently on the scene. "I have heard that president Trump sent his prayers," Felice told Anderson Cooper on CNN Thursday evening.

People are sending thoughts and prayers to the NRA, which says it’s in financial trouble 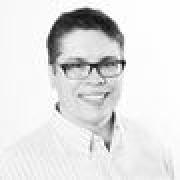 The NRA says it's in deep financial trouble, and a lot of Twitter isn't buying it, as evidenced by the way they've turned a rhetorical trope on its head. Rolling Stone reports the NRA is complaining, as part of a lawsuit against the state of New York, that the state pressured insurers to cut ties with the organization. Without the necessary liability insurance, the NRA says it will be "unable to exist … or pursue its advocacy mission." After all, the NRA has contributed millions to the campaign coffers of members of congress across the country, a big chunk of which has gone to GOP politicians. These representatives are often the ones whose primary response to every mass shooting -- from Orlando to Las Vegas to Parkland -- is to send their "thoughts and prayers" to the victims and families of the shooting without ever imposing any real change that may curtail the next attack.

Celebrities took to social media to respond to the explosion at an Ariana Grande concert in Manchester on Monday that left 22 people dead and dozens of others injured. Multiple law enforcement agencies joined the UK police to investigate the incident, who are treating it as a "terrorist incident." Grande tweeted a short message to her fans after the tragedy saying her heart was "broken" and she was "so, so sorry." Her rep confirmed earlier the star was "okay," adding that "we are further investigating what happened." Her fellow celebrities shared their thoughts and concerns as the news unfolded.

DAMASCUS, Syria – Imams across Syria are directing Muslims to pray for rain during this week's congregational Friday prayers.