Cashierless store Zippin will open its doors to customers in San Francisco for the first time this week, beating Amazon Go to become the first cashierless store in the city. The first Go store opened in Seattle in January. New cashierless stores from Amazon are scheduled to be opened in San Francisco and Chicago, Amazon announced in May. An Amazon spokesperson asked for details about when additional Go stores will open had not responded at the time this story was published. As with Amazon Go and competitors like Inokyo, which opened a cashierless store in Mountain View, California last week, to shop at the Zippin store you must first download an app that gives you a QR code and then scan the code when you enter the store.

Can Cashierless Checkout Scale Up Without Breaking The Bank? - Retail TouchPoints

Cashierless checkout technologies today are delivered in two iterations. The first takes the form of a typical mobile self-checkout -- a shopper scans products with a mobile device as they browse the aisles, then pays for the transaction via a mobile app without having to fumble through their wallet for cash. Consumers are warming up to the concept, with 48% of U.S. consumers expressing the belief that scan-and-go technology would make shopping easier, and 43% saying they would rather try scan-and-go than wait in a checkout line, according to data from GPShopper. The more recent iteration of cashierless has been heavily publicized with the openings of the first 10 Amazon Go stores. Most of the major players within this space have combined AI- and computer vision-based technology with in-store sensors.

Walmart continues to gird itself for the battle against Amazon 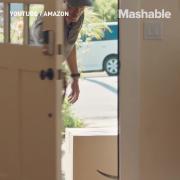 As Amazon's plan for world domination has swallowed Whole Foods, competing supermegachain Walmart is rolling out more plans to fight back in an ongoing battle of David Goliath versus Goliath.

In an interview last week, Dilip Kumar, vice president of technology for Amazon Go and Amazon Books, said testing with employees has trained the technology to work in the store, an experiment that is part of the company's broader effort to reinvent how consumers shop.

In tech news this week: The new iPhone XR reviews are finally out, Amazon is opening its first cashierless payments store in New York City, and the U.S. Department of Justice brought its first criminal case over alleged Russian interference in the 2018 midterm elections.