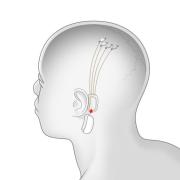 Elon Musk recently gave a presentation on Neuralink, his newest venture designed to create computer-brain interfaces. Founded in 2017, the company is experimenting with a minimally invasive brain implant that utilizes "threads" to reduce the amount of damage done to surrounding brain tissue compared to current implanted devices. Musk spoke on the unnecessary size of most current implants, saying that a smaller chip could be used in their place. Providing patients with a smaller, less obstructive brain implant is exactly what Neuralink is aiming to do with their product. In the presentation, Musk also said he sees Neuralink potentially bridging the gap between the human brain and artificial intelligence as well.

Elon Musk's secretive "brain-machine interface" startup, Neuralink, stepped out of the shadows on Tuesday evening, revealing its progress in creating a wireless implantable device that can – theoretically – read your mind. At an event at the California Academy of Sciences in San Francisco, Musk touted the startup's achievements since he founded it in 2017 with the goal of staving off what he considers to be an "existential threat": artificial intelligence (AI) surpassing human intelligence. Two years later, Neuralink claims to have achieved major advances toward Musk's goal of having human and machine intelligence work in "symbiosis". Neurolink says it has designed very small "threads" – smaller than a human hair – that can be injected into the brain to detect the activity of neurons. It also says it has developed a robot to insert those threads in the brain, under the direction of a neurosurgeon. 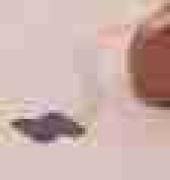 We all know Elon Musk to be a very ambitious guy. I mean, seriously, the guy has a company which specializes in electric car manufacturing, you've heard of Tesla, right? He also runs an aerospace manufacturing and space transportation services company called SpaceX. I am sure you've heard about it in the news or somewhere else. SolarCity, a solar energy company, now owned by Tesla.

Elon Musk Sees His Neuralink Merging Your Brain With A.I.

Elon Musk said startup Neuralink, which aims to build a scalable implant to connect human brains with computers, has already implanted chips in rats and plans to test its brain-machine interface in humans within two years, with a long-term goal of people "merging with AI." Brain-machine interfaces have been around for awhile. Some of the earliest success with the technology include Brown University's BrainGate, which first enabled a paralyzed person to control a computer cursor in 2006. Since then a variety of research groups and companies, including the University of Pittsburgh Medical Center and DARPA-backed Synchron, have been working on similar devices. There are two basic approaches: You can do it invasively, creating an interface with an implant that directly touches the brain, or you can do it non-invasively, usually by electrodes placed near the skin. Neuralink, says Musk, is going to go the invasive route. 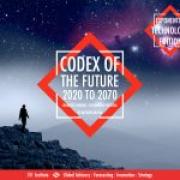 Interested in the future and want to experience even more?! eXplore More. Elon Musk's Neuralink, the secretive commercial company developing Brain Machine Interfaces (BMI) that one day they hope will connect human minds directly with AI's and machines, this week took the wrapper off the technology they've been developing. The company's goal, says Musk, is to eventually begin implanting devices in paralysed people so that they can control computers and smartphones with nothing more than their thoughts. And even though Musk gets a lot of the limelight in this area recently the US Military flexed their muscles and showed off their own version of Musk's technology that allowed paralysed volunteers to control fleets of F-35 fighter jets with just their thoughts, and elsewhere Mark Zuckerberg and his team are busy designing non-invasive BMI as part of his attempt to turn Facebook into the "world's first telepathic network." The first big advance Musk showed off was Neuralink's flexible bio-compatible "Threads," which are less likely to damage the brain than the materials used in many of today's traditional invasive BMI's.