Alibaba Fuels Massive Rise In Mobile Ad Blocking In Asia; Could The US Be Next?

Last year, the advertising technology company PageFair put the fear of God into publishers and advertisers across the world with some startling research: Ad blocking, the Irish startup found, had become mainstream on computer desktops. Now it looks like things have gone from bad to worse for those businesspeople. PageFair on Monday released a new report, this one suggesting that ad blocking on mobile devices is trending in the same direction. The company's research, which it conducted in partnership with the mobile data firm Priori Data, found that more than a fifth of the world's internet users, or 419 million people, have installed some kind of mobile ad-blocking software on their smartphones. The vast majority of these ad blockers, 329 million of them, reside in just four countries: China, India, Indonesia and Pakistan.

How Many People Use Ad Blockers? That Depends On Whom You Ask

Everybody in the digital media business seems to agree that ad blocking is a grave threat. But as research on the practice begins to proliferate, the picture of how many people are actually blocking ads in the world's biggest advertising market has begun to blur. On Tuesday, eMarketer released its first-ever report on ad blocking in the United States, and it found that about a quarter of all U.S. internet users, nearly 70 million people, will use technology to block online ads in 2016, either on their desktop or laptop computers or on their smartphones. That differs significantly from the 45 million people (16 percent) suggested in a report published by the advertising technology company Pagefair, which sent seismic shocks through the digital media industry. Of course, these reports are estimates, and it is difficult to establish a comprehensive picture of something like this.

The New Chrome and Safari Will Reshape the Web 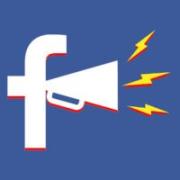 Apple and Google are cracking down on obnoxious online ads. And they just might change the way the web works in the process. Last week Google confirmed that Chrome--the most widely used web browser in the world--will block all ads on sites that include particularly egregious ads, including those that autoplay videos, hog too much of the screen, or make you wait to see the content you just clicked on. Apple meanwhile announced yesterday that Safari will soon stop websites from automatically playing audio or video without your permission. The company's next browser update will even give users the option to load pages in "Reader" mode by default, which will strip not only ads but many other layout elements. 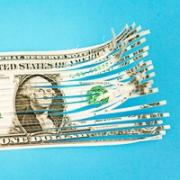 The Coalition for Better Ads, a consortium of ad, publishing, and tech companies, wants to save the advertising industry--by killing it. Companies in the coalition will discuss, among other idea, pre-installation of a selective ad-blocker on web browsers as a means to effectively purge the internet of the most intrusive types of ads, such as those that automatically play sound, take-up too much of your screen, or force you to wait a certain amount of time before you can dismiss them. The idea was first reported Thursday by The Wall Street Journal, which suggested that ad-blockers would be built into Google's Chrome web browser and turned on by default. "We do not comment on rumor or speculation," a Google spokesperson said in a statement. "We've been working closely with the Coalition for Better Ads and industry trades to explore a multitude of ways Google and other members of the Coalition could support the Better Ads Standards."

More than a dozen major U.S. newspaper publishers have sent a cease-and-desist letter to the creator of a new Web browser that features built-in ad-blocking software, calling it "blatantly illegal." The letter said the plan by Brave Software Inc. to speed page loading times by stripping away ads the papers had sold and replacing them with ones sold by Brave was "indistinguishable from a plan to steal our content to publish on your own website." The letter was addressed to Brave founder Brendan Eich, the former chief technology officer and briefly chief executive of Mozilla, who launched the new browser earlier this year. It was signed by legal representatives for 17 newspaper groups, which collectively publish about 1,200 daily newspapers, including Gannett Co. GCI -1.68 %, the New York Times and Dow Jones, owner of The Wall Street Journal. "We stand ready to enforce all legal rights to protect our trademarks and copyrighted content and to prevent you from deceiving consumers and unlawfully appropriating our work in the service of your business," the publishers wrote in the letter.