British authorities charge two Russian men with attempted murder over the poisoning of an ex-spy and his daughter. One of the men wanted by British authorities for poisoning Russian ex-spy Sergei Skripal earlier this year has been unmasked as a highly decorated colonel in the Russian military who once received a prestigious honor by the Kremlin, a new report claims. Investigative journalist group Bellingcat reported Wednesday that the real identity of Ruslan Boshirov – one of the men wanted in the nerve agent attack against Skripal and his daughter, Yulia – is actually Colonel Anatoliy Valdimirovhic Chepiga. Bellingcat said they obtained extracts from the passport file of Anatoliy Vladimirovhic Chepiga, whose photo appears to look like a younger version of the man identified as Rusland Boshirov. British officials have not commented on the report; however, officials have said in the past that they believe Boshirov and his accomplice, Alexander Petrov, may have travelled to the U.K. using false passports and aliases.

The name of the second suspect in the Salisbury case is actually Alexander Mishkin, the BBC understands. The Bellingcat investigative website says the man who travelled under the alias Alexander Petrov is in reality a military doctor working for Russian intelligence, the GRU. Last month, Bellingcat named the first suspect as Anatoliy Chepiga, a claim rejected by Russia. Russian ex-spy Sergei Skripal and his daughter Yulia were poisoned in March. The British open-source website said it had identified the suspect using testimonies from people the suspect knew and a scanned copy of his passport. 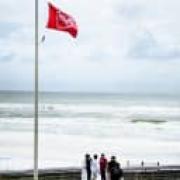 LONDON – One of the two suspects in the poisoning of a Russian ex-spy in England is a medical doctor in Russian military intelligence who was honored as a Hero of the Russian Federation by President Vladimir Putin in 2014, a group of British investigators said Tuesday. British police say two GRU agents traveling under the aliases Alexander Petrov and Ruslan Borishov used a Soviet-made nerve agent to poison Sergei Skripal and his daughter in the English city of Salisbury in March. Investigative organization Bellingcat said it had used documents and other research to identify Petrov as Dr. Alexander Mishkin, a member of Russia's GRU intelligence agency. Last month, it said that Borishov's real identity is GRU Col. Anatoly Chepiga. British authorities don't dispute the identifications.

This undated handout image issued by Bellingcat shows photos of Dr Alexander Yevgenyevich Mishkin, the man the investigative website have alleged was who travelled to Salisbury under the alias Alexander Petrov, over the years. The investigative group Bellingcat is reporting that one of the two suspects in the poisoning of an ex-spy in England is a doctor who works for Russian military intelligence. Bellingcat said on its website Monday, Oct. 8, 2018 that the man British authorities identified as Alexander Petrov is actually Alexander Mishkin, a trained doctor working for the Russian military intelligence unit known as GRU.

The tiny village of Loyga in the Russian far north is not the kind of place you would expect to be at the centre of an international spy scandal. With fewer than 1,000 inhabitants, it has rail access but no paved roads. It's too small even to show up on Google Maps. But Loyga has proved crucial to piecing together the story of the real "Alexander Petrov" - the second man the UK authorities suspect over the Skripal poisoning case in Salisbury. On Monday the Bellingcat online investigations team announced they had discovered Mr Petrov was actually Dr Alexander Mishkin, born in Loyga, in the Archangel region.