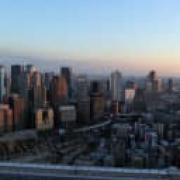 OSAKA – Despite advances in facial recognition technology, the police in Osaka still rely on pure skill to find fugitives, with investigators using only their memory to arrest dozens of wanted criminals every year. While other police forces in the world have "super recognizer" units that hunt down fugitives, the so-called miatari (look and hit) technique used in Osaka has contributed to the arrests of over 4,000 criminals in Japan since the Osaka Prefectural Police introduced it as a formal investigative method in November 1978. There has not been a single wrongful arrest. "The best part of this method is being able to detect fugitives who are hard to find in normal investigations," said a senior investigator in Osaka. He says a forensic analysis is an imperative part of criminal investigations, but "we want to pass on the tradition because our job is to make sure no one gets away with a crime."

How AI is helping industries with facial Identification/Recognition

Face recognition or identification is the forward-thinking technology due to artificial intelligence. AI is utilized to create a smart engine which is based on the processing of visual content and visual data software. It is built to forecast the benefit to the businesses and its customer. The advancement of facial identification technology embedded with AI is to create a smart system that is able to scan faces on the behalf of Face ID automatically. From starting AI has created buzzword all over the world with the ability to perform cognitive functions expected from humans.

Manchester City have been cautioned against the introduction of facial recognition technology, which a civil rights group says would risk "normalising a mass surveillance tool". The reigning Premier League champions are considering introducing technology allowing fans to get into the Etihad Stadium more quickly by showing their faces instead of tickets, according to the Sunday Times. If someone is recognised as having bought a ticket, they would be ushered in by a green light, and if not they would be halted with a yellow one. Hannah Couchman, the policy and campaigns officer at Liberty, said: "This is a disturbing move by Manchester City, subjecting football fans to an intrusive scan, much like taking a fingerprint, just so they can go to the Saturday game. "It's alarming that fans will be sharing deeply sensitive personal information with a private company that boasts about collecting and sharing data on each person that walks through the gate, and using this to deny people entry.

What Is Facial Recognition And How Is It Used?

Facial recognition technology has dominated discussions in technology circles for some time now. Faced with increased surveillance in public spaces, it has become imperative for stakeholders to have some input on future deployments of these novel technologies. More importantly, the general public should have some degree of understanding of facial recognition and how it's being used today. Facial recognition is a term used to refer to technologies used to analyze and recognize faces from video recordings and still images. Advancements in image processing and AI have enabled today's computer to read even the subtlest details in the human face like eyelashes to differentiate people.

Microsoft claims its facial recognition technology just got a little less awful. Earlier this year, a study by MIT researchers found that tools from IBM, Microsoft, and Chinese company Megvii could correctly identify light-skinned men with 99-percent accuracy. But it incorrectly identified darker-skinned women as often as one-third of the time. Now imagine a computer incorrectly flagging an image at an airport or in a police database, and you can see how dangerous those errors could be. Microsoft's software performed poorly in the study.