In today's disruptive age, Computer Vision has gained a lot of traction as it is poised to transform industries, and is making lives easier. It is an artificial intelligence technology enabling computers to understand and label images. Its use cases are video surveillance, self-driving car testing, daily medical diagnostics, and monitoring the health of crops and livestock. The computer vision market is rapidly growing as it is being progressively leveraged by different types of organizations to increase the skills of workers, automate business processes, improve efficiencies, lessen costs, among others. There are a huge number of computer vision software providers in the market.

FRAMINGHAM, Mass., July 2, 2018 – International Data Corporation (IDC) today published an IDC Innovators report profiling five technology providers that are considered key emerging vendors in the conversational AI platforms market. The five companies named as IDC Innovators are Personetics, Kore.ai, Conversational AI platforms are used to build applications that answer questions, provide advice and/or recommendations using natural language processing and other dialog related technologies. The market for intelligent conversational assistance is growing rapidly, fueled by the use and acceptance of consumer tools like Google Assistant, Apple's Siri, and Amazon's Alexa. To date, there are dozens of supplier companies seeking to address these emerging interface opportunities with new companies emerging in the marketplace every day.

What is the Working of Image Recognition and How it is Used?

Before a classification algorithm can do its magic, we need to train it by showing thousands of cat and non-cat images. The general principle in machine learning algorithms is to treat feature vectors as points in higher dimensional space. Then it tries to find planes or surfaces (contours) that separate higher dimensional space in a way that all examples from a particular class are on one side of the plane or surface. To build a predictive model we need neural networks. The neural network is a system of hardware and software similar to our brain to estimate functions that depend on the huge amount of unknown inputs. 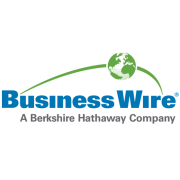 WIRE)--International Data Corporation (IDC) has published a 2016 IDC Innovators report recognizing pioneering players in the machine learning-based text analytics market. IDC Innovators are companies with under 50M in revenue that offer an inventive technology and/or groundbreaking new business model. Kira Systems, Loop AI Labs, NetBase, and Taste Analytics were all named as IDC Innovators in the machine learning-based text analytics market for 2016. "Organizations are continually looking to improve their handling of data, especially unstructured data, given the explosion of information that is available via the Internet today," said David Schubmehl, Research Director, IDC's Content Analytics, Discovery and Cognitive Systems research. "Understanding and utilizing this human-generated data is a significant challenge for most organizations and the use of machine learning based text analytics is rapidly becoming the best approach to dealing with this type of data."

ViSenze, an image recognition startup that delivers visual search tools designed for online retailers such as ASOS and Rakuten, recently revealed that it had secured $20 million in a Series C funding round. Both Sonae IM and Gobi Ventures co-led the financing round, which also included the participation of other investors, including returning backers WI Harper and Rakuten. Established back in 2012, ViSenze has so far raised a total of 34.5 million dollars (its previous funding round was a Series B held in September 2016). ViSenze customers include the likes of Uniqlo, Zalora, and Urban Outfitters, who bill the Singapore-based company's software portfolio as a "personal shopping concierge" that helps shoppers in finding or discovering products based on automatic photo tagging, visual search, and suggestions based on their browser history. The company's verticals include intellectual property, furniture, jewelry, and fashion.