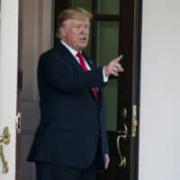 WASHINGTON - A U.S. warship on Thursday destroyed an Iranian drone in the Strait of Hormuz after it threatened the ship, President Donald Trump said. The incident marked a new escalation of tensions between the countries less than one month after Iran downed an American drone in the same waterway and Trump came close to retaliating with a military strike. In remarks at the White House, Trump blamed Iran for a "provocative and hostile" action and said the U.S. responded in self-defense. He said the Navy's USS Boxer, an amphibious assault ship, took defensive action after the Iranian aircraft closed to within 1,000 yards of the ship and ignored multiple calls to stand down. "The United States reserves the right to defend our personnel, facilities and interests and calls upon all nations to condemn Iran's attempts to disrupt freedom of navigation and global commerce," Trump said.

Iran says it seized British tanker in Strait of Hormuz and denies U.S. brought down drone 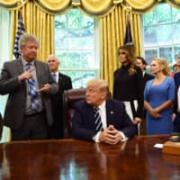 WASHINGTON/DUBAI, UNITED ARAB EMIRATES - Iran said it had seized a British oil tanker in the Strait of Hormuz on Friday but denied Washington's assertion that the U.S. Navy had downed an Iranian drone nearby this week, as tensions in the Gulf region rose again. Britain said it was urgently seeking information about the Stena Impero tanker, which had been heading to a port in Saudi Arabia and suddenly changed course after passing through the strait at the mouth of the Gulf. The tanker's operator, Stena Bulk, said in a statement the ship was no longer under the crew's control and could not be contacted. Iran's state news agency IRNA quoted a military source as saying the vessel had turned off its tracker, ignored warnings from the Revolutionary Guard and was sailing in the wrong direction in a shipping lane. "We will respond in a way that is considered but robust and we are absolutely clear that if this situation is not resolved quickly there will be serious consequences," British Foreign Secretary Jeremy Hunt told reporters. 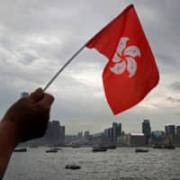 Iran: Forces will warn any vessel after US warship incident

Iran's naval forces will warn or confront any foreign ship entering the country's territorial waters, the Iranian defense minister said Thursday, remarks that came after an incident this week involving a U.S. warship. The semi-official Tasnim news agency quoted Gen. Hosein Dehghan as saying that "if any foreign vessel enters our waters, we warn them, and if it's an invasion, we confront." He added that Iranian boats patrol to monitor traffic and foreign vessels in its territorial waters. Last December, Iranian ships fired rockets near U.S. warship and other vessels in the Strait of Hormuz, and a month later flew an unarmed drone over the USS Harry S. Truman aircraft carrier in the Persian Gulf.

DEVELOPING: A U.S. Navy coastal patrol ship fired three warning shots at an Iranian ship that sailed within 200 yards in the Northern Persian Gulf Wednesday after one of four close calls this week involving U.S. and Iranian vessels, a U.S. official confirmed to Fox News on Thursday. The USS Squall fired the shots, according to the official. On Tuesday, four Iranian small boats "harassed" the USS Nitze, sailing near the guided missile destroyer in the narrow Strait of Hormuz, a U.S. Navy official told Fox News. Other close calls this week involved the USS Tempest and USS Stout, Pentagon Press Secretary Peter Cook told reporters Thursday. The Pentagon described the incidents as "unsafe and unprofessional."