Congress moves to give US Merchant Marines the Congressional Gold Medal

The decades-long effort to recognize and honor the U.S. Merchant Marines of WWII took another step forward Wednesday when the House passed a bipartisan measure to award the seamen a Congressional Gold Medal. The medal, along with the Presidential Medal of Honor, is the highest civilian award in the country. More than 200,000 Merchant Mariners played essential and perilous roles in winning the war -- ferrying American troops and supplies into Atlantic and Pacific theater battle zones. Some of the roughly 5,000 remaining mariners -- now in their 80s and 90s -- expressed gratitude this week over the House effort. And they voiced guarded optimism about a similar Senate measure and about perhaps getting compensation like the soldiers and sailors with whom they served.

India is very sensitive about the presence of armed security guards on merchant ships after Italian marines fatally shot two fishermen in 2012. The marines, part of a military security team on a cargo ship, fired at the fishermen, mistaking them for pirates. The two Italians are facing trial in India over the deaths.

On Monday, President Donald J. Trump will sign an executive order to help sea veterans seamlessly transition into the United States Merchant Marine. By simultaneously expanding veteran opportunities for great jobs at great wages while strengthening our Merchant Marine, this action embodies a key principle of the Trump administration: economic security is national security. The civilian men and women of the United States Merchant Marine who pilot sealift vessels represent a mission-critical component of United States military readiness. In World War II alone, nearly 10,000 merchant mariners were killed by enemy fire and died at a rate of 1 in 26 – a casualty rate higher than any branch of the United States military. Their willingness to serve and their sacrifice continue to play a vital role in America's defense. 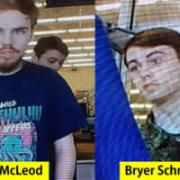 LONDON – British warship HMS Kent set sail for the Gulf on Monday to join a U.S.-led mission protecting commercial shipping vessels in the region amid heightened political tension between the West and Iran. Britain has joined the United States in a maritime security mission in the Gulf to protect merchant vessels. That comes after Iran seized a British oil tanker in the Strait of Hormuz. On July 4 British marines seized an Iranian vessel, which is suspected of smuggling oil to Syria, off the coast of Gibraltar. "Our focus in the Gulf remains firmly one of de-escalating the current tensions," said Andy Brown, the ship's commanding officer.