Maybe you are doing your demand forecasting completely wrong. To be more precise, there are two equally important outputs of demand forecasting and you may be focusing nearly all your energy on only one, and maybe even the wrong one. And the impact is that you may not be getting the forecast accuracy you want. Or even more important, that you may not be getting the service levels and inventory efficiencies that you need. And if that's true, you are not alone. 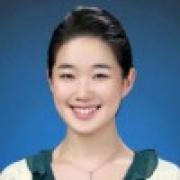 Grab's ride-hailing business in its simplest form is about matchmaking Passengers looking for a comfortable mode of transport and Drivers looking for a flexible earning opportunity. Over the last 6 years, Grab has repeatedly fine-tuned its machine learning algorithms with the goal of ensuring that passengers get a ride when they want it, and that they are matched to the drivers that are closest to them. But drivers are constantly on the move, and at any one point there could be hundreds of passengers requesting a ride within the same area. This means that sometimes, the closest available drivers might still be too far away. The Analytics team at Grab attempts to analyze these instances at scale via clearly-defined metrics.

We need to slash greenhouse emissions to limit global warming, the UN warned in October. But the International Energy Agency sees a very different future in its latest report, the World Energy Outlook 2018. Growing energy demand in developing countries will lead to a continued rise in global carbon dioxide emissions. This is even in a "New Policies" scenario in which countries do more than they are doing now to limit emissions, according to the report, which looks at the period up until 2040. "The New Policies Scenario puts energy-related CO2 emissions on a slow upward trend to 2040, a trajectory far out of step with what scientific knowledge says will be required to tackle climate change," says the report.