Apple is developing a radical rear facing laser camera to allow augmented reality apps to be even more realistic, it has been claimed. 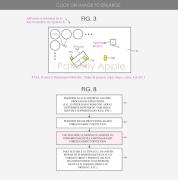 Apple acquired Power by Proxi in October 2017. One of the first patent applications surfacing from Power by Proxi under Apple's name showed that their expertise was with an "object detection system." Such a system is crucial on a multi-device charging pad like AirPower. A user may pull their iPhone out of their pocket to charge it on AirPower and accidentally place along with it an aluminum gum wrapper, some loose change or a transit pass with a magnetic strip on the mat which could cause havoc if not a fire if the charging coils are accidentally overheated. Apple has both acquired and filed patents (01 & 02) working on this problem of foreign objects dumped on a charging pad.

Apple is getting serious about its push towards augmented reality.

Apple's iPhone camera may be getting a BIG augmented reality upgrade

Apple could soon be bringing augmented reality to its camera app. According to recent reports, the firm's goal for the project is to give users access to futuristic spatial recognition and mapping. Using augmented reality (AR), Apple would use the iPhone's advanced sensors to generate real-time views of the user's surroundings while superimposing digital information. Augmented reality in Apple's camera could enrich a live view of a city street with a map for directions, facts about nearby buildings, or add an animated video game character to the scene. At a conference in July, Apple CEO Tim Cook provided some insight on the firm's work in artificial intelligence and augmented reality.