Controversial software claims to tell personality from your face

Can software identify complex personality traits simply by analysing your face? Faception, a start-up based in Tel Aviv, Israel, courted controversy this week when it claimed its tech does just that. And not just broad categories such as introvert or extrovert: Faception claims it can spot terrorists, paedophiles – and brand promoters. "Using automated feature extraction is standard for face recognition and emotion recognition," says Raia Hadsell, a machine vision engineer at Google DeepMind. The controversial part is what happens next. 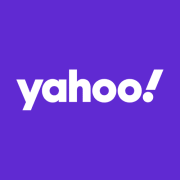 O LIVE, is focusing on the innovative potential of Artificial Intelligence (AI) to impact everyday lives in the MENA region. At GITEX 2019, BIGO will be demonstrating its use of AI-enabled processes across applications such as its facial detection and recognition system as well as its content management system to ensure high levels of quality content served to its millions of users across the region. AI is one of the mega-trends at GITEX 2019, the region's leading technology event. Under the theme, 'Synergising the mind and technology economy', the 2019 edition of the technology showcase will spotlight the wide impact of AI across every sphere, calling it'the brain at the core of all emerging technology'. Offering a suite of entertaining and interactive video applications that are popular across the MENA region, BIGO has built AI into core areas of its technology portfolio.

While Samsung debuted the now defunct Galaxy Note 7 with an iris scanner, Apple is skipping the eye-scanning technology for a more advanced biometrics security feature with its next-generation iPhone. Late last week, we reported about a 3D laser scanner that's predicted to be one of the standout features of the 10th anniversary iPhone. This week, there's now another reason to believe that the iPhone 8 could indeed come with the rumored 3D scanner. Just this past Sunday, The Times of Israel reported that a Tel Aviv, Israel-based cybertechnology startup was acquired by U.S. giant Apple Inc. The publication learned that the Israeli company, named RealFace, was established in 2014, and it is known for developing an advanced facial recognition software that provides a smart biometric login solution.

Apple has acquired Tel Aviv, Israel-based Realface, a machine learning startup whose facial recognition technology can be used to authenticate users, according to reports from Calcalist (in Hebrew) and The Times Of Israel. Founded in 2014, RealFace says it has developed an innovative way of recognising people, self-reportedly building A.I software that "brings back human perception to digital process". RealFace's software enables authentication, automated on-boarding & mobile conversion optimisation. The company, led by co-founder and Columbia Business School-trained Adi Eckhouse Barzilai, says it has proprietary IP in the field of'frictionless face recognition' and effective learnings from facial features. The Israeli startup is behind the Pickeez app, which automatically choses a user's best photos from various platforms using the RealFace recognition software.

Recently, it's been speculated that Apple may forgo its Touch ID feature on the upcoming iPhone 8 in favour of facial recognition, and the company's latest acquisition seems to line up pretty neatly with this. Tel Aviv cybertech startup, Realface, has just been bought by Apple for what is estimated to be a few million dollars. The Israeli company is responsible for facial recognition software that integrates artificial intelligence, specifically for use in smart and secure login systems. The ill-fated Samsung Galaxy Note 7 featured iris scanning, and it worked pretty well, but if the iPhone 8 is to get facial recognition, it could be the next considerable step for biometric security in the major phone brands since the adoption of fingerprint scanning. Despite the convenience and coolness of facial recognition, it's still far from flawless, so Apple will have to be pretty confident with their technology if they are to implement it in future flagships.