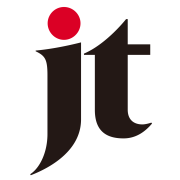 WASHINGTON – White House senior adviser Jared Kushner, U.S. President Donald Trump's son-in-law, is visiting Iraq with marine Gen. Joseph Dunford, the chairman of the U.S. military's Joint Chiefs of Staff, a senior Trump administration official said Sunday. The official, who spoke on condition of anonymity, said Kushner wanted to see Iraq for himself and to show support for the country's government. The official was confirming a report by other media, including a tweet by a New York Times reporter. Iraqi Prime Minister Haider al-Abadi met Trump for the first time on March 20 and said afterwards that he won assurances of greater U.S. support in fighting Islamic State militants but cautioned that military might alone would not be sufficient.

Partisan gerrymandering is almost as old as America, but will the Supreme Court decide it has gone too far?

FILE - In this May 2, 2016, file photo, Jared Kushner, left, and Ivanka Trump arrive at The Metropolitan Museum of Art Costume Institute Benefit Gala, celebrating the opening of "Manus x Machina: Fashion in an Age of Technology" in New York. A new power player has emerged among the feuding factions behind Trump's presidential campaign, one that through the bonds of marriage enjoys a direct line to the Republican billionaire. Despite limited political experience and some family baggage, Trump's son-in-law Jared Kushner is playing an active, and previously unreported, role in virtually every aspect of the New York real estate magnate's presidential bid.