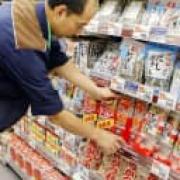 Japanese crypto-exchange operators unexpectedly faced major problems last year due to the unprecedented hack in late January of Tokyo-based Coincheck Inc., which lost digital tokens estimated at the time to be worth ¥58 billion and caused commotion across the industry. This has prompted the country's regulatory watchdog to scrutinize exchange companies, which in turn led to the revelation that problematic operations were being conducted by many of them. During 2018, the Financial Services Agency (FSA) did not approve any new exchange operators. Now that 2019 has begun, where do things go from here? Several experts and industry sources interviewed by The Japan Times say uncertain times are likely to end for operators.

The rising cryptocurrency boom has sparked a fundraising scheme called initial coin offerings that have become a money-pumping machine for startups but also have a problematic reputation. Masahiro Yasu, 29, chief executive officer of Tokyo-based startup Alis Co., experienced the power of the ICO when his firm raised ¥100 million in virtual currencies in just four minutes last March. "We were confident of our business plan . . . Globally, startups looking to launch businesses using the blockchain, the underlying technology of cryptocurrencies, have veered into ICOs and raised billions of dollars in the past year. Yet in Japan, Yasu is apparently a rare breed.

Gox fiasco nearly four years ago, Tokyo-based cryptocurrency exchange Coincheck disclosed Friday it had been hacked and lost about ¥58 billion ($532 million) worth of its holdings, sending clients into a panic about the fate of their virtual assets.

Kraken told customers Tuesday in an email that it plans to focus on other countries but might resume services in Japan later. Ryushi Watanabe, head of Kraken's Japan operations, declined to comment on reasons for the pullout. Ranked 10th globally in 24-hour trading volume by cryptocurrency circulation tracker CoinMarketCap, Kraken has had a tiny footprint in Japan. It was tapped in 2014 by the trustee for collapsed Tokyo-based bitcoin exchange Mt. Gox to help with Mt.

Cryptocurrency advertising goes big in Japan, but the pushback has begun

If a massive billboard by Shibuya crossing is a barometer of trends in Japan, then the latest ad for the cryptocurrency exchange DMM Bitcoin, featuring a Japanese celebrity coated in gold, may be a sign of how cryptocurrencies have taken center stage in both the advertising media and the broader national conversation in Japan.