Not on Netflix? Google and Amazon have a 99 cent movie deal this holiday season

If you love to Netflix and chill, there's a sweet movie deal in store for you this holiday season -- although it's not actually on Netflix. Both Google and Amazon are offering any of their films for the low, low price of $0.99 for the next few weeks. The deals, which apply to just one movie per account, will run between now and Jan. 23 at Google Play, and at Amazon Video where you have to use the promo code "MOVIE99." SEE ALSO: Netflix's Twitter account hacked by OurMine Since both deals apply to literally every movie listed, there's a pretty generous variety to choose from. On Amazon, for instance, you can find recent blockbusters like Suicide Squad or holiday favorites like Elf starring Will Ferrell, while Google Play has a bunch of classics like The Christmas Story.

Mariah Carey wants people to forget about her holiday season fiasco last year by introducing a heartwarming present around Christmas time this year. The "Emotions" songstress just announced on social media that for 2017's yuletide season, she's releasing an animated flick based off her '90s hit "All I Want For Christmas Is You." On Tuesday, Nick Cannon's ex took to Instagram to announce the good news to her fans, the Lambilies. "I am thrilled to be able to bring the story of my favorite Christmas song to new generations of families with my upcoming movie," Carey wrote as caption to the teaser clip she shared on the social networking site. In the video clip, Carey is seen lying on her coach near a fireplace while caressing her pet dog.

With Halloween on its way out and the holiday season creeping in, one creative couple used their costume to celebrate both of them. If you're anything like me, you're a die-hard holiday movie fan, and Home Alone is always at the top of that list. My first boyfriend and my first time celebrating Halloween with a significant other... we took advantage of our height difference. It looks as if both the Wet Bandits and the Sticky Bandits incarnation is represented here and we very much appreciate the attention to detail.

As soon as Halloween ends, the "Holidays" begin. This means it's time to start scouring the internet for access to every single bell-ringing, snow-falling, heart-warming movie out there. To that end, we've compiled some of the best for you, from die-hard classics to modern day holiday rom-coms -- as well as where to find them! You may not have heard of it, but this is probably one of the best Netflix Christmas movies. It's got 4 stars and is actually funny.

The best gifts for all you holiday-movie-obsessed filthy animals 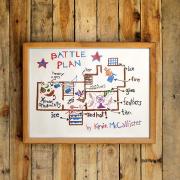 You're permitted to huddle up on the couch -- roast beast from Whoville in one hand, a moose-shaped mug of eggnog in the other -- and watch a whole bunch of movies you saw at this exact time last year. From The Santa Clause to Home Alone and The Grinch to Jingle All the Way, these movies are the ones you know back to front. You probably routinely quote them out loud, to the detriment of your relationships. And if it's not you annually weeping through Love Actually and The Holiday, or demanding someone listen to your pitch on Die Hard as the ultimate holiday movie, that person is definitely someone you know. Now, go easy on the Pepsi.