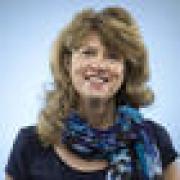 Frustrated by a lack of progress in contract talks, more than 17,000 AT&T union members in California and Nevada walked off their jobs on Friday. The Communications Workers of America called a three-day strike to protest the nearly 13-month period that AT&T workers in California and Nevada have been without a contract. About 37,000 workers nationwide -- as much as 14% of AT&T's workforce -- are expected to join in the weekend strike. Workers are expected to return to work on Monday. "We are fighting for good family-supporting jobs," Bob Master, an assistant to the vice president of CWA District 1 in New York, said Friday.

17,000 AT&T workers in California and Nevada go on strike

An estimated 17,000 AT&T technicians in California and Nevada went on strike Wednesday, highlighting workplace tensions within the massive Dallas-based telecommunications giant. The strike follows a protracted dispute between AT&T and union members affiliated with the Communications Workers of America, District 9, who have been working without a contract for nearly a year. Workers say they have been increasingly asked to perform the duties of higher-paid employees without the same level of compensation. Union members also have been upset by AT&T's closure of U.S. based call centers, including a facility near Anaheim, to hire workers in overseas locations. They contend that AT&T has moved thousands of call center jobs in recent years to the Philippines, Mexico and other countries.

About 37,000 AT&T Inc workers, or less than 14 percent of the company's total workforce, began a three-day strike on Friday after failing to reach an agreement with the No. 2 U.S. wireless carrier over new contracts. This is the first time that AT&T wireless workers are on strike, which could result in closed retail stores during the weekend, according to the Communications Workers of America (CWA) union. The workers on strike are members of the CWA. The workers are demanding wage increases that cover rising healthcare costs, job security against outsourcing, affordable healthcare and a fair scheduling policy. Slightly over half of the workers on strike are part of the wireless segment and the rest wireline workers, including a small number of DirecTV technicians, AT&T spokesman Marty Richter told Reuters.

About 17,000 AT&T workers in California and Nevada went on strike Wednesday over the company's violations of the previously negotiated job duties of employees working as premises technicians. The issue has been a matter of negotiation for months and the company has recently made a change in unilateral job requirements without the union's consent, according to the union's Facebook post. The strike is said to be one of the most widespread labor actions against the multinational telecommunications conglomerate in years as workers say they have been working without a contract for almost a year. The strike began amid ongoing negotiations between the company and landline workers in California and Nevada who are represented by the Communications Workers of America union. The workers will reportedly be on strike until a settlement accommodating their concerns is reached.

AT&T is offering a deal for those looking to cut their cable bill. The company is offering DirecTV Now an extra $10, the company announced. Customers who have AT&T's $60-a-month Unlimited Choice plan for mobile phones will be able to subscribe to DirecTV Now for a bundle starting at $70 a month. The offer makes AT&T the only carrier that offers unlimited wireless service and live TV from one provider, the company notes. AT&T's offer would come as a $25-per-month video credit that begins after three billing cycles.