One evening in September, 2013, two amateur cavers, Steven Tucker and Rick Hunter, drove into a swath of semi-wilderness an hour northwest of Johannesburg and parked at the foot of a stony slope. After worming through a series of narrow passages, they climbed a rise of rock and squeezed through one last fissure, reaching what appeared to be the end of the path. But there was a hole in the floor: a "chimney" chute leading downward. Caving is a form of improvisation: you say yes to whatever door the earth opens. The vertical crevice measured barely seven inches wide, but Tucker, a human reed, was able to squirm down it. Forty feet below, he dropped into a chamber the size of a walk-in closet. He walked a little farther. The ceiling was spiked with stalactites. On the floor, everywhere, was bone. The cavers hadn't been searching for fossils that day, but they knew someone who would be very eager to see them: a paleoanthropologist named Lee Berger. Fossils of hominins--ancestral humans and their relatives--have been discovered in South Africa since the nineteenth century, when prospectors started blasting for lime, which is used in refining gold. The area surrounding this cave is known as the Cradle of Humankind, because skeletal remains of our early ancestors have been found there. But Berger was the first paleoanthropologist to systematically search underground. He was paying a former student, Pedro Boshoff, an ex-diamond prospector who rode motorcycles and wore a skull-emblazoned do-rag, to scout for him. Boshoff couldn't fit through some openings, so he had asked local cavers--among them Tucker and Hunter--to keep an eye out for bone. Soon after Tucker and Hunter made their discovery, they returned to the chamber and photographed the remains. When Boshoff saw the images, he and Tucker rushed them to Berger's house, even though it was late at night. One scrap stood out: a partial jawbone, still wearing its teeth. Berger brought out a round of drinks. Berger, who presents himself as equal parts explorer and scientist, grew up near Savannah, Georgia, and earned his Ph.D. at the University of the Witwatersrand, or "Wits," in Johannesburg. He hopes to surpass the groundbreaking finds of East Africa, including the iconic australopithecine, Lucy, a 3.2-million-year-old fossil discovered by the paleoanthropologist Donald Johanson, in Ethiopia, in 1974.

The first time Jeffrey Merrihue came across the name Damon Baehrel, he was amazed that he hadn't heard of him. "I didn't understand how the secret had been kept," Merrihue said recently. "The people I go around with, it's hard for us to find something that is genuinely unique and new." The people Merrihue goes around with are gastronomes, the trophy hunters of haute cuisine, the kind who travel the world to dine at famous, or famously obscure, restaurants. After a trip to Cape Town this spring, to a restaurant called the Test Kitchen, Merrihue, who lives in London and produces promotional videos for restaurants, became, he says, the second person to have eaten at every restaurant on the so-called World's 50 Best list. He's also been to eighty of the restaurants to which Michelin has granted three stars. Around Christmas in 2013, a friend of Merrihue's alerted him to a Bloomberg News piece about an unranked contender, which Bloomberg called the "most exclusive restaurant in the U.S." It described a gourmet operation--in Earlton, New York, a half hour south of Albany--in the basement of a woodland home. Once called Damon Baehrel at the Basement Bistro, the place was now simply called Damon Baehrel, after its presiding wizard and host, who served as forager, farmer, butcher, chef, sous-chef, sommelier, waiter, busboy, dishwasher, and mopper. Baehrel derived his ingredients, except meat, fish, and dairy, from his twelve acres of yard, garden, forest, and swamp. He made his oils and flours from acorns, dandelions, and pine; incorporated barks, saps, stems, and lichen, while eschewing sugar, butter, and cream; cured his meats in pine needles; made dozens of cheeses (without rennet); and cooked on wooden planks, soil, and stone. He had christened his approach Native Harvest. The diners who got into the restaurant raved about it online. But at the time it was booked through 2020. "We spend our lives looking for places like this," Merrihue said. Undaunted, Merrihue sent an e-mail to the address provided on Baehrel's Web site. A man who identified himself as Terrance, a friend of the chef's, wrote that Baehrel had stopped taking reservations. "That wound me up even more," Merrihue said. "I thought, I might die before I get a chance to eat there." A year and a half later, Merrihue heard from Terrance again. Baehrel had an opening, three weeks later, on a weekday at 4 p.m. Merrihue hastily assembled a group, a "fantastic four of fine dining." The three others were Kevin Chan, the editor of the Web site Fine Dining Explorer, who claims to be the first person ever to eat at all of the 50 Best; Andy Hayler, a well-known critic who says he is the only person ever to eat at all of the Michelin three-stars; and Mijune Pak, the editor of the Canadian Web site Follow Me Foodie. Chan flew in from Hong Kong, Pak from Vancouver, Merrihue and Hayler from London. They met in Manhattan and hired a limousine to take them the two and a half hours to Earlton. 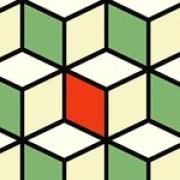 But you won't find it on official transit maps. Commuters have for decades navigated this network using only word of mouth. "People don't really know how it works--they just know the few routes that they're used to running," says Madeline Zhu of the South African startup WhereIsMyTransport. Earlier this month, Zhu and her team published a map that visualizes 137 minibus routes alongside official rail and bus networks--a crucial first step in making public transit simpler for citizens to navigate and easier for cities to improve. Informal transportation networks are common outside the US and Europe.

Vice chancellors warn that students might not be able to finish the academic year if a national dispute over financing higher education is not resolved soon. Twenty-two years after the end of white minority rule, grievances over economic inequities are fueling unrest that has forced the closure of some of South Africa's most prominent universities, which are struggling to cover costs. Opinion has splintered among students, faculty, parents and the government, which acknowledges funding shortfalls but accuses a radical minority of bringing campuses to a standstill. One target of protesters' condemnation is Adam Habib, vice chancellor of the University of the Witwatersrand in Johannesburg, also known as Wits. Habib, in turn, has suggested it is ironic that Wits, whose student population is mostly black, could unravel because of protesters who say they are committed to "decolonization."

Superyacht can carry a small blimp, sea plane or supercars in a lounge