In China, your car could be talking to the government 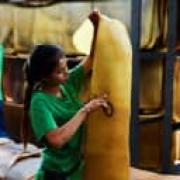 SHANGHAI – When Shan Junhua bought his white Tesla Model X, he knew it was a fast, beautiful car. What he didn't know is that Tesla constantly sends information about the precise location of his car to the Chinese government. China has called upon all electric vehicle manufacturers in China to make the same kind of reports -- potentially adding to the rich kit of surveillance tools available to the Chinese government as President Xi Jinping steps up the use of technology to track Chinese citizens. "I didn't know this," said Shan. "Tesla could have it, but why do they transmit it to the government? Because this is about privacy."

China is not holding back on plans to monitor its citizens. Starting on July 1st, when residents register cars, radio-frequency identification (RFID) tags will be attached to windshields to track the vehicles, The Wall Street Journal reports. While car owners won't be forced to add the tags immediately, all new cars will need to have them installed starting next year. Since 30 million vehicles are sold in China annually, the country will soon be able to monitor the locations of a vast swathe of cars under the project. When cars are registered, a system will log license plate numbers and the vehicle's color, the report says.

The Associated Press reports today that more than 200 EV manufacturers including Tesla, Volkswagen, BMW and others transmit real time vehicle data like position, engine information and battery charge level to centers backed by the Chinese government. Dozens of data points are transferred between the manufacturers and these data centers, a practice required by law in the country. The AP says specifications published in 2016 mandate that EVs operating in the country must transmit data back to their manufacturer, some of which is then shared with local centers in China. One such center, the Shanghai Electric Vehicle Public Data Collecting, Monitoring and Research Center, can pull up information on any EV driving on Shanghai roads -- more than 222,000 vehicles. And screens show where each vehicle is in real time.

Alibaba Group announced today that it plans to invest more than $15 billion over the next three years into a global research and development initiative called Alibaba DAMO Academy. DAMO Academy (the initials stand for "discovery, adventure, momentum and outlook") will be led by Alibaba Group chief technology officer Jeff Zhang and start by opening labs in seven cities around the world: Beijing and Hangzhou in China; San Mateo and Bellevue in the U.S.; Moscow, Russia; Tel Aviv, Israel; and Singapore. Alibaba's researchers will collaborate closely with university programs such as U.C. Berkeley's RISE Lab, which is developing technologies that enable computers to make secure decisions based on real-time data. DAMO Academy's current advisory board also includes professors from Princeton, Harvard, MIT, the University of Washington, Columbia University, Beijing Institute of Technology, Peking University and Zhejiang University. Research will focus on a wide array of areas, including data intelligence, the Internet of Things, financial tech, quantum computing and human-machine interaction. 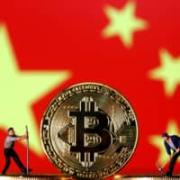 Toyota Motor Corp. and weather information provider Weathernews Inc. have started tests to improve the accuracy of rain forecasts by using real-time data from networked cars' windshield wipers. In the tests, which began Friday in Tokyo, Osaka and Aichi Prefecture, Weathernews receives data on wiper movements from Toyota cars via the internet and analyzes it together with data collected from its observation network, which covers 13,000 locations across the country. The companies assume that wiper operations correspond to the presence or absence of precipitation, and that wiper speed indicates downpour strength. Weathernews that said its rain cloud radar used to detect and predict rainy areas cannot detect precipitation from clouds at 2,000 meters or below, and that its ground observation tools are limited. Toyota, Japan's biggest automaker by volume, said it hopes to provide drivers with detailed weather information in real time to enhance safety.