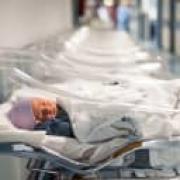 With Wednesday's ascension of Emperor Naruhito following his father's abdication, questions are now being asked about the roles women will play in the imperial family amid concerns over future successions and the imperial male bloodline, and how public duties should be shouldered in an ever-shrinking household. Under the 1947 Imperial House Law, only men descended through the male line can ascend to the throne. Women who marry commoners must leave the imperial family. Of the current 18 imperial family members including Emperor Emeritus Akihito, 85, and Empress Emerita Michiko, 84, who no longer perform official duties, 13 are women. At present, there are only three heirs to the throne -- Emperor Naruhito's younger brother Crown Prince Akishino, 53, his son Prince Hisahito, 12, and the emperor's uncle Prince Hitachi, 83. 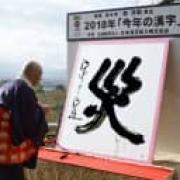 The government secretly considered the option of allowing females to ascend the Imperial Throne from 1997, before officially starting a debate on the issue under a panel of experts in 2005, internal documents and other sources showed Thursday. While the plan was later dropped, the confidential talks helped lay the groundwork for the government of Prime Minister Junichiro Koizumi, who served between 2001 and 2006, to lean toward revising the Imperial House Law, which allows only male heirs who have emperors on their father's side to reign. The secret meetings started in 1997 under then-Prime Minister Ryutaro Hashimoto and were attended by members such as Deputy Chief Cabinet Secretary Teijiro Furukawa. At that time, Emperor Akihito had no grandson. "We were aware that we had to think about how to ensure stable succession," Furukawa said.

Bringing former members back to Imperial family should be considered to maintain male succession, says Abe

Prime Minister Shinzo Abe said Thursday that giving Imperial family status to those in collateral branches of the family should be considered to sustain male-dominated succession in the face of the dwindling size of the world's longest hereditary monarchy. Imperial succession is an "extremely important issue related to the foundation of this nation and I believe it's necessary to deal with it carefully and thoroughly," Abe told the Lower House Budget Committee. The issue is in the spotlight as there are a limited number of male heirs eligible for succession under the current Imperial House Law. Emperor Akihito, 83, hinted at his desire to abdicate in a rare video message last August, citing his advanced age and declining physical strength. A total of 11 collateral branches departed from the Imperial family in 1947. 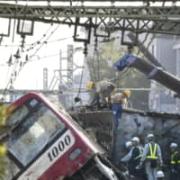 Prince Hisahito, the nephew of Emperor Naruhito, turned 13 on Friday after rising to second in line to the Chrysanthemum Throne following a historic imperial succession this spring. The son of Crown Prince Akishino is the only heir of his generation as the Imperial House Law states that only males with male lineal descent from emperors can ascend the throne. Females, including his elder sisters, and the emperor's 17-year-old daughter, Princess Aiko, are banned from doing so. The young prince, currently a first-year student at Ochanomizu University Junior High School, visited Bhutan last month with his parents on his first overseas trip. The family's exchanges with Bhutanese King Jigme Khesar Namgyel Wangchuck and his family during the visit were widely reported both in Japan and Bhutan.

Japan may shelve imperial succession decision despite calls from the Diet 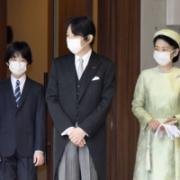 The government may shelve any decision on how to achieve a stable imperial succession despite the Diet calling for a swift report of discussions on the matter, government sources said Saturday. Many government officials believe it is premature to draw up a clear idea, given that public opinion regarding imperial succession remains divided, the sources said. With only three heirs to Emperor Naruhito, who ascended the throne in May last year -- his younger brother Crown Prince Akishino, 54, his nephew, Prince Hisahito, 14, and Prince Hitachi, his 84-year-old uncle -- finding a resolution has become more urgent. Emperor Naruhito and Empress Masako have one daughter, Princess Aiko. The imperial house has been shrinking partly due to the 1947 Imperial House Law that states only men in the paternal line can ascend to the chrysanthemum throne.