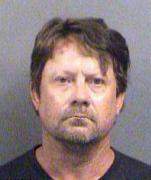 FILE - This Oct. 14, 2016 file booking photo provided by the Sedgwick County Sheriff's Office in Wichita, Kan., shows Patrick Stein. Stein is one of three members of a Kansas militia group who were charged Friday Oct. 14 with plotting to bomb an apartment building filled with Somali immigrants in Garden City, Kan. (Sedgwick County Sheriff's Office via AP, File) The Associated Press

In Kansas, wind-blown fires blazed in 21 counties over the course of Monday, with rural fire crews struggling to keep up, The Wichita Eagle reported. The fires forced the evacuations of several small towns and the closure of some roads, including a couple of short stretches of Interstate 70 in Lincoln County and nearby Ellsworth County in the central part of the state. A stretch of a U.S. 54 in south-central Kansas's Pratt County also was closed Monday because of smoke linked to a fire near a cotton gin and surrounding grassland.

Chief: Body is likely that of missing 5-year-old Kansas boy

WICHITA, Kan. – A small, decomposing body found under a bridge in rural central Kansas is likely that of 5-year-old Lucas Hernandez, a Wichita boy who has been missing since February, police said Friday. An autopsy to be performed Friday will confirm the body's identity but "it is likely Lucas," Wichita police chief Gordon Ramsay said at a news conference. Law enforcement officers were called to the scene in Harvey County Thursday night after Lucas' 27-year-old stepmother, Emily Glass, led a private investigator to the remains under the bridge on a gravel road near the town of Sedgwick, about 20 miles (32 kilometers) north of Wichita. Ramsay said there were other details that indicate the body is Lucas, but that police cannot share that information. The investigator, David Marshburn, called police about the body, and officers met him and Glass at the scene.