Could artificial intelligence start making the movies we love?

Technology, says Nalbandian, is one of the three pillars that drives Animal Logic – the other two being the group's strong creative department, and its ability to make commercially viable products – and now the technology is driving Animal Logic into a whole new world: artificial intelligence and machine learning. The artificial-intelligence technology, made popular by applications such as Google's Assistant and Amazon's Alexa voice assistants, is already being adopted by the global animation and visual-effects industries to cut out some of the processor-intensive work that computers have to do, and, says Nalbandian, it's going to be adopted at Animal Logic to cut out some of the labour-intensive work that the company's humans have to do, too. In 2018 Animal Logic hired its first chief technology officer, Darin Grant, an industry veteran who was previously in charge of production technology at Steven Spielberg's legendary DreamWorks Animation, and who later went on to work at Google. Speaking from his base in Los Angeles (Animal Logic now has offices in Los Angeles and Toronto, as well as its headquarters at Fox Studios in Sydney), Grant points out that there are computer-related tasks in the animation and visual effects industry that have been moved over to machine learning, simply because the technology is more efficient. Rather than animate characters like i Peter Rabbit /i's Flopsy, Mopsy, Benjamin and Cottontail themselves, Animal Logic's artists may one day be able to teach an AI machine how to do it, leaving the artists free for even more ambitious work.

Our work is motivated by an important network design application in computational sustainability concerning wildlife conservation. In the face of human development and climate change, it is important that conservation plans for protecting landscape connectivity exhibit certain level of robustness. While previous work has focused on conservation strategies that result in a connected network of habitat reserves, the robustness of the proposed solutions has not been taken into account. In order to address this important aspect, we formalize the problem as a node-weighted bi-criteria network design problem with connectivity requirements on the number of disjoint paths between pairs of nodes. While in most previous work on survivable network design the objective is to minimize the cost of the selected network, our goal is to optimize the quality of the selected paths within a specified budget, while meeting the connectivity requirements. We characterize the complexity of the problem under different restrictions. We provide a mixed-integer programming encoding that allows for finding solutions with optimality guarantees, as well as a hybrid local search method with better scaling behavior but no guarantees. We evaluate the typical-case performance of our approaches using a synthetic benchmark, and apply them to a large-scale real-world network design problem concerning the conservation of wolverine and lynx populations in the U.S. Rocky Mountains (Montana).

Over the last few decades, many distinct lines of research aimed at automating mathematics have been developed, including computer algebra systems (CASs) for mathematical modelling, automated theorem provers for first-order logic, SAT/SMT solvers aimed at program verification, and higher-order proof assistants for checking mathematical proofs. More recently, some of these lines of research have started to converge in complementary ways. One success story is the combination of SAT solvers and CASs (SAT+CAS) aimed at resolving mathematical conjectures. Many conjectures in pure and applied mathematics are not amenable to traditional proof methods. Instead, they are best addressed via computational methods that involve very large combinatorial search spaces. SAT solvers are powerful methods to search through such large combinatorial spaces---consequently, many problems from a variety of mathematical domains have been reduced to SAT in an attempt to resolve them. However, solvers traditionally lack deep repositories of mathematical domain knowledge that can be crucial to pruning such large search spaces. By contrast, CASs are deep repositories of mathematical knowledge but lack efficient general search capabilities. By combining the search power of SAT with the deep mathematical knowledge in CASs we can solve many problems in mathematics that no other known methods seem capable of solving. We demonstrate the success of the SAT+CAS paradigm by highlighting many conjectures that have been disproven, verified, or partially verified using our tool MathCheck. These successes indicate that the paradigm is positioned to become a standard method for solving problems requiring both a significant amount of search and deep mathematical reasoning. For example, the SAT+CAS paradigm has recently been used by Heule, Kauers, and Seidl to find many new algorithms for $3\times3$ matrix multiplication.

The first genuinely impressive AI assistant may well have a Canadian accent. Facebook announced today that it is tapping into Canada's impressive supply of artificial-intelligence talent and expertise by creating a major AI research center in Montreal. Several big recent advances in AI can be traced back to Canadian research labs, and Facebook is hoping that the new lab may help it take advantage of whatever comes next. The new center will focus, in particular, on an area of AI known as reinforcement learning (see "10 Breakthrough Technologies 2017: Reinforcement Learning"). The center will seek to apply this and other novel approaches to language, with the aim of producing more coherent and useful virtual assistants, says Yann LeCun, director of AI research at Facebook. 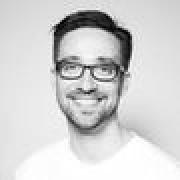 An owner of an esports bar in Toronto says that his establishment has been getting some pretty odd calls recently, and he's pointing the blame at Siri. You can use Alexa in Amazon's app now, and it's really smart Alvin Acyapan, co-owner of the bar Meltdown Toronto, says that if you ask Siri to locate a sex worker in the Toronto area, it will suggest their bar. Hi @AppleSupport, could you please explain why #siri is saying that people can find prostitutes at our place? The bar also posted images of Siri's response to Reddit, where they went into a little bit more detail. "We've been getting calls about it for a few months now.