Ever been kept awake by a dripping tap? Scientists solve what causes the maddening sound

Scientists have solved the riddle behind one of the most recognisable and annoying household sounds: the dripping tap. And, what's more, they say squirting washing up liquid in the sink solves the maddening problem in seconds. Using ultra-high-speed cameras and modern audio capture techniques, researchers showed the'plink, plink' is not caused by the droplet itself hitting the water. Instead it's the waves, or oscillation, of a small bubble of air trapped beneath the surface. Researchers from the University of Cambridge's department of engineering used an ultra-high-speed camera, a microphone and a hydrophone to record droplets falling into a tank of water.

It haunts you when you're trying to eat your dinner in peace. It disturbs you when you're trying to watch TV. It even keeps you awake in the wee small hours. It's the insufferable, interminable drip-drip-dripping of a leaky tap. Well, scientists at the University of Cambridge have finally figured out what's causing what is almost certainly the world's most infuriating sound.

Bubbles containing trapped bacteria can act as tiny'microbial grenades', new research shows. Scientists found these tiny natural explosives had the power to launch microorganisms into the air at speeds of more than 30 feet (10m) a second. A single droplet is thought to carry up to thousands of microorganisms, and each bubble can emit hundreds of droplets. A bubble covered in bacteria floating on the water's surface also lasts ten times longer than an uncontaminated one, scientists also found. During this time the cap of the contaminated bubble gets thinner, according to researchers at Massachusetts Institute of Technology (MIT). 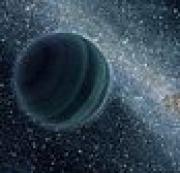 A mesmerising video shows the moment a water droplet bounces off a surface and is made to spin at more than 7,300 revolutions per minute (RPM). The properties of a droplet change depending on what it hits and scientists have manipulated this process to make them gyrate. Scientists say the findings could allow for future developments for hydro-energy collection, self-cleaning and anti-icing. Researchers from the Institute of Chemistry, part of the Chinese Academy of Sciences, say the observed process opens up a promising avenue for the delicate control of liquid motion. Huizeng Li and colleagues published the research in the journal Nature Communications and write in the abstract: 'Droplet impacting and bouncing off solid surface plays a vital role in various biological/ physiological processes and engineering applications.

Wreck of USS Hornet, from which first WWII airborne attack on Japan was launched, found in South Pacific 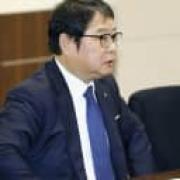 The discovery of the wreck of the USS Hornet aircraft carrier, which played a key role in several monumental points during World War II including the Doolittle Raid on Japan and the pivotal Battle of Midway, was announced Tuesday by U.S. researchers, more than 75 years after the vessel was sunk. An expedition crew funded by late Microsoft co-founder Paul Allen that searches for "historically significant shipwrecks" uncovered the wreckage in waters more than 5 kilometers deep in the South Pacific Ocean in late January. "We had Hornet on our list of WWII warships that we wanted to locate because of its place in history as a capitol carrier that saw many pivotal moments in naval battles," said Robert Kraft, director of subsea operations for Allen's company Vulcan, in a statement. The 10-person expedition team on the 250-foot (76-meter) research vessel (RV) Petrel was able to locate the Hornet's position by piecing together data from national and naval archives, including official deck logs and action reports from other ships engaged in the Battle of Santa Cruz Island, during which it was sunk, the researchers said. Positions and sightings from nine other U.S. warships in the area were plotted on a chart to generate the starting point for the search grid.