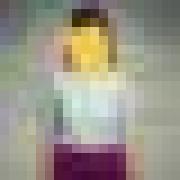 Google is on a mission to build an error-corrected quantum computer. To begin this ambitious journey, the tech giant has set up a Quantum AI Campus in Santa Barbara, California, housing Google's first quantum data center, quantum hardware research laboratories and quantum processor chip fabrication facilities. Google said their future challenges include building more efficient batteries, creating better fertilisers to increase crop yield, and developing medicines that can stop the next pandemic in its tracks. That is, the bonds and interactions among atoms behave probabilistically, with richer dynamics that exhaust the simple classical computing logic. Exactly why we need quantum computers to solve future challenges.

Google's researchers have successfully tested error correction methods with the company's Sycamore processor. Google's researchers have demonstrated that, subject to certain conditions, error correction works on the company's Sycamore quantum processor and can even scale exponentially, in what is yet another step towards building a fault-tolerant quantum computer. The breakthrough is likely to catch the attention of scientists working on quantum error correction, a field that is concerned not with qubit counts but rather with qubit quality. While increasing the number of qubits supported by quantum computers is often presented as the key factor in unlocking the unprecedented compute power of quantum technologies, equally as important is ensuring that those qubits behave in a way that allows for reliable, error-free results. This is the idea that underpins the concept of a fault-tolerant quantum computer, but quantum error correction is still in very early stages.

Quantum computing has the potential to create new machines that can vastly exceed the capabilities of today's most powerful supercomputers. The ongoing development of quantum computers will create a new class of data processing facility, which in many cases will be very different from the enterprise and cloud data centers seen today. Although researchers are still some years from unlocking the full promise of quantum computing, it's never too early to explore what the technology might mean for computing facilities. Google recently offered a look inside its Quantum AI Lab, an early prototype what quantum data centers might look like. The facility in Santa Barbara, Calif. is where Google hopes to create the first error-corrected quantum computer, a key milestone in applying the technology.

Google's new Quantum AI Campus in Santa Barbara, California, will employ hundreds of researchers, engineers and other staff. Google has begun building a new and larger quantum computing research center that will employ hundreds of people to design and build a broadly useful quantum computer by 2029. It's the latest sign that the competition to turn these radical new machines into practical tools is growing more intense as established players like IBM and Honeywell vie with quantum computing startups. The new Google Quantum AI campus is in Santa Barbara, California, where Google's first quantum computing lab already employs dozens of researchers and engineers, Google said at its annual I/O developer conference on Tuesday. A few initial researchers already are working there. One top job at Google's new quantum computing center is making the fundamental data processing elements, called qubits, more reliable, said Jeff Dean, senior vice president of Google Research and Health, who helped build some of Google's most important technologies like search, advertising and AI.

How Big Does Your Quantum Computer Need To Be To Break Bitcoin Encryption or Simulate Molecules?

Quantum computers are expected to be disruptive and potentially impact many industry sectors. So researchers in the United Kingdom and the Netherlands decided to explore two very different quantum problems: breaking the encryption of Bitcoin (a digital currency) and simulating the molecule responsible for biological nitrogen fixation. In AVS Quantum Science, from AIP Publishing, the researchers describe a tool they created to determine how big a quantum computer needs to be to solve problems like these and how long it will take. "The majority of existing work within this realm focuses on a particular hardware platform, superconducting devices, like those IBM and Google are working toward," said Mark Webber, of the University of Sussex. "Different hardware platforms will vary greatly on key hardware specifications, such as the rate of operations and the quality of control on the qubits (quantum bits)."