A substantial digital revolution is taking place all over the world. Innovation, agility, and market development are all accelerated by technological advancements. The Covid-19 pandemic accelerated digitization and automation, allowing companies to remain resilient even in adversity. Many businesses adopted disruptive technologies and modified their business models. The pandemic's effect will be felt for a long time, and the digital transition will continue.

Augmented reality (AR) platforms provide software development kits (SDK) for developers of interactive experiences that take real-world objects and enhance them with digital experiences such as visual, haptic, auditory, olfactory and somatosensory. AR systems deliver a real-time interaction in a combination of real and virtual worlds. In addition, these systems can delivery proportional and accurate 3D registration of virtual and real objects.AR is a subcategory of the many mixed reality (MR) experiences offered in the market. AR is different than virtual reality (VR) because AR experiences start with the reality in front of the user, unlike virtual reality, which provides a representation or perception of reality. Constellation estimates this market will grow to $72.3 billion by 2026.

Artificial intelligence: the potential and the reality Computing

Artificial intelligence is a prime contender for this year's big tech buzzphrase. But its history goes back a long way, as far as the 1940s and 1950s in fact. 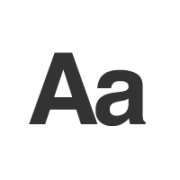 It took quite some years for us to transform the personal computing devices to move from only typing to click and scroll with mouse and that it continues to get mature for long time. And then, it took less than 10 years to move from Click/Scroll to Touch/Swipe to Voice Command, Gesture and Gaze. The human interaction with the computers are getting more and more mature and so personalized and becoming a very important part of life. Technology has completely transform the life style of humans and opening the door of many more opportunities for the software geeks. Internet Of Things (#IoT), Virtual Reality and Augmented Reality are most promising technology that will change the world again for the generation too come, and we will be gladly witness the fastest revolution that has ever happen.

Throughout history we have experienced four industrial revolutions that profoundly reshaped the way we lived, worked, and educated future generations. We progressively advanced from mechanization, to electrification, automation, globalization, and digitalization. These were all possible due to the design, development and deployment of novel technologies which had transformative impact during each of those eras such as steam engines, electricity, combustion engines, computers, internet and more recently robotics, AI, IoT, blockchain, nanotechnology, 3D printing, bio-implants, genomics, virtual reality, augmented reality, extends reality, etc. So which technology will cause the next major disruption and drive the onset of the 5th industrial revolution? Within a relatively short time period we have enjoyed the benefits of 1G to use the first cell phones, 2G to send text messages, 3G to surf the web and 4G to offer the speeds of today. We are currently in the midst of deploying 5G worldwide which uses high frequency millimeter wavelengths and will allow us incredible speeds, low latency and greater bandwidth.