The new Amazon Echo is already $30 off 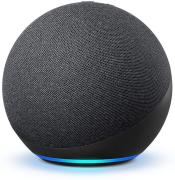 SAVE $30: Save on the all-new fourth generation Amazon Echo this Black Friday, and get it for only $69.99 as of Nov. 20. Sometimes it just feels like you need an assistant. Daily life is as hectic as ever, between working from home and virtual learning, so a little assistance could be a lot of help. The all-new Amazon Echo is like your personal home assistant. It can help you manage your home, answer questions, keep track of your calendar, and play your favorite entertainment with simple voice commands. Just in time for the holidays, the fourth generation Echo is on sale for $30 off to help make home life easier.

Save up to $60 on select Amazon devices: Kindle Paperwhite, Fire TV Stick 4K on sale for Valentine's Day

Amazon has some really good deals on some of their most popular smart home devices, tablets, and e-readers. Now you can set the perfect mood for romance with Alexa, or just stay in for some "Netflix and Chill" with your special someone. You don't have to be part of a couple to shop these deals though. And let's face it: picking up Amazon devices on the cheap is much better than planning the perfect Valentine's Day night out. Here are the deals on Amazon devices, just in time for Valentine's Day: Want to set the mood just right for Valentine's Day? Add the Echo Input to any speaker system to instantly turn it into a smart home device with the power of the Alexa voice assistant.

At a surprise event in Seattle, Amazon announced updates to a few Echo-branded devices and unveiled what seems like a dozen entirely new Alexa products. From a new microwave to a wall clock (not joking), Amazon introduced basically everything but the kitchen sink during its event. Almost all these new devices come with built-in Alexa voice control, or they are designed to work with both existing and new Echo products. We've delved into all the details and have rounded up what matters most: Prices, features, and release dates. The updates include the voice-controlled Echo Dot, Echo Show, and Echo Plus, all three of which now come with sound improvements, though the new Echo Dot also comes with a redesign.

Looking to upgrade your home audio? You can save up to $200 on select Sonos speakers like the Sonos One, Sonos Beam, and more on Amazon. Why is Sonos so special? Sonos speakers deliver rich and detailed sound throughout your home with a completely wireless setup. The audio company's speakers and subwoofers are also known for their sleek and sexy design with an eye towards bringing all of your smart home devices and wireless speakers together.