Walmart has been testing a grocery delivery service since 2013, when it expanded from San Francisco and San Jose to the Denver market. The company is now expanding the delivery service to two new cities: Customers in Dallas or Orlando can now order groceries from Walmart.com and have them delivered via an Uber ride. The process is pretty simple, which is what you want when you're grabbing groceries online. You can order online on your desktop or mobile browser, place an order and then arrange a time for delivery.

Amazon is reportedly shutting its meal delivery service in the U.S. later this month, facing fierce competition from its rivals Grubhub, Uber Eats and DoorDash. The Seattle-based technology company will terminate its service of Amazon Restaurants on June 24, according to several media reports. The division's small number of employees has found new roles in the company or will receive the company's assistance to find other jobs. USA TODAY has reached out to Amazon for comment. The service was launched in 2015, first open to some ZIP codes in Seattle and later expanded to over 20 cities in the U.S., including Washington, D.C., Los Angeles and Dallas, according to the company's website.

Can't make it to one of Walmart's pickup towers to snag your online grocery order? Don't worry: Now you can have it delivered via Postmates. And it all sounds pretty simple, too. Either place your order via the Walmart website or grocery app and then pick a delivery window. There's even a promo that first-time customers can take advantage of that waives their first delivery fee.

Stay Ahead Of The Competition With Estimated Delivery Dates

Having said that, it's no easy task to arrive at an accurate EDD and make a guaranteed delivery promise; there's a lot of behind-the-scenes actions that take place in real-time to make a delivery promise and ensure that orders are delivered in time. Nevertheless, choosing the right eCommerce delivery platform like FenixCommerce would enable retailers to easily provide EDDs by applying artificial intelligence to more than 30 different variables across the 5 crucial data feeds (real-time info of product, inventory, customer, operations & carrier). All this would be done in real-time to display accurate EDDs on all the relevant pages.

Rakuten and China's JD.com to tie up for unmanned delivery in Japan 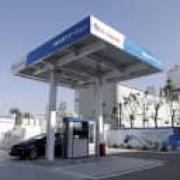 Major Japanese and Chinese e-commerce companies Rakuten Inc. and JD.com Inc. said Thursday they will tie up and commercialize an unmanned delivery service in Japan to save time, cost and labor of parcel shipments in the wake of the explosive growth of online shopping. Rakuten will employ drones and unmanned ground vehicles of JD.com, which already operates them in commercial services in China, as it prepares to introduce autonomous delivery in Japan. The Tokyo-based firm has been conducting experiments and trial services of autonomous parcel delivery since 2016, seeing it as an effective solution to the "last mile" issue of cutting the time and cost of shipping packages from transportation hubs to consumers' doors. JD.com, also known as Jingdong, launched the world's first commercial drone delivery in 2016 in China and is aiming to expand its service abroad. JD.com Vice President Xiao Jun said there are "many opportunities" in Japan for drone deliveries in mountainous areas and remote islands.