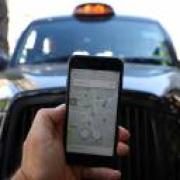 Los Angeles – An inspirational new version of Barbie will encourage young girls to embark on careers in engineering and the sciences, the iconic doll's manufacturer Mattel said on Tuesday. Barbie, who first hit the shelves in 1959, prides herself on trying out jobs where women aren't strongly represented, to add to her more traditional skill set of dancing with Ken and looking fabulous. The company has announced a "Career of the Year" Barbie that just happens to be a robotics engineer -- a job that in real-life is occupied almost 9 times out of 10 by men. With these dolls, girls can imagine coding a world of their own. Kids aren't just supposed to play make-believe with the newest Barbie, however, as Mattel has partnered with games platform Tynker to provide owners with online coding experiences.

Playing with dolls uses a brain region that helps children develop empathy for other people and social processing skills, a study has discovered. Researchers from Cardiff found that doll play activated the use of the so-called posterior superior temporal sulcus (pSTS) more than other creative activities. In addition, the social benefits of the dolls were observed even when children played alone -- rather than with others -- and were equal among girls and boys. The findings support the pioneering theories of the Swiss'father of developmental psychology' Jean Piaget, who argued in 1945 that pretend play was inherently social. 'We use this area of the brain when we think about other people, especially when we think about another person's thoughts or feelings,' said paper author and developmental researcher Sarah Gerson of Cardiff University.

Thin dolls like Barbie can make children as young as five want a slimmer body, a new study warns. UK scientists asked girls between the ages of five and nine to play with two ultra-thin dolls, including Barbie, and two dolls portraying a more realistic body weight. The two ultra-thin dolls, both made by American toy giant Mattel, immediately reduced the girls' ideal body size, the researchers found. Meanwhile, the two realistic dolls – Dora and Lottie – seemed to have no effects on body dissatisfaction. Thin dolls, combined with exposure to'thin ideals' in films, on TV and social media, could lead to body dissatisfaction in young girls, which has been shown to be a factor in the development of eating disorders.

The mid-'80s was a notable time for women in computer science--because that was when they started disappearing. From 1970 into the start of the 1980s, the percentage of computer science degrees conferred to women rose, peaking at 37.1 percent in 1984. But this number then dipped drastically, and we've never recovered. The most recent report from the Computing Research Association shows the number of women graduating with computer science bachelor's degrees, in its sample of U.S. institutions, in 2019 at 21 percent. So, after decades of women representing both pioneers of computing and a large percentage of the day-to-day programming workforce, what happened in the '80s?

A few years ago Mattel had to apologize for a book featuring a patronizing portrayal of someone called Computer Engineer Barbie, a flustered girl who can't fix her cotton-candy pink computer without help from boys. Now the doll maker, which has been rebranding itself in a more feminist-palatable way amid declining sales, is trying again with Barbie Careers Game Developer. A remarkably chill looking woman who wears jeans, an olive green jacket and a T-shirt, and even sports punk-rock pink/red streaks in her hair (retail price: 12.99), game developer Barbie even has real code on her computer. For the authenticity you can thank Molly Proffitt, CEO of Ker-Chunk Games, LLC., who worked with Mattel to ensure the doll was believably techie -- and that meant making sure Barbie was working on real code. "The computer has Java on it and you can see various instances of game engines on her laptop," she told The Huffington Post, adding that the project was personally important to her. "I really know that girls need an icon that shows that they can be a part of the [tech] space and Barbie does that.