The criminal who is illegally flying a drone at Gatwick Airport is being hunted by police and military personnel using cutting-edge technology. Gatwick has been brought to a standstill in the wake of the rogue drone terrorising the airport. Several methods have been developed, including laser-laden drones, high-tech jammers and tracking the signal via triangulation, which may be used to end the fiasco. Human snipers have also been brought in to help with the pursuit of the drone. The Army has been working on a'Drone Dome' or'kill-jammer' - which can'soft kill' a drone by knocking out its communications or a'hard kill' by shooting it down with a laser from up to two miles away - and may use this prototypical technology.

The drone crackdown: if a trained eagle can't stop them, what will?

From computer programming and guns that fire giant nets to well-trained birds of prey, previous attempts to stop the rogue use of consumer drones have been nothing if not original. But for all that creativity, the authorities have been left behind. And on Thursday, as an unknown operator succeeded in shutting down Gatwick airport for at least 18 hours by flying drones around the airport's protected airspace, the slow pace of progress was highlighted again. Regulators, police and defence experts are hoping to close that gap as they seek to deal with the rapid proliferation of drones, which have upended conventional thinking in fields as varied as aviation, prison security, and guerrilla warfare in the Middle East. In the UK, new rules first announced in July 2017 will finally be implemented in November 2019, requiring individuals to register with the government when they purchase drones weighing more than 250g (8.8oz), and be tested on their piloting skills and knowledge of the law before they are allowed to fly the devices. 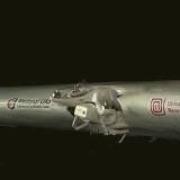 Rogue Drone Pilots Face A New Foe: Deep Learning AI In the wake of airspace-invading drones causing the precautionary shutdowns of three major airports--London's Gatwick in December and Heathrow in early January, along with Newark Liberty International, NJ last week--aviation authorities the world over are now considering the acquisition of commercial drone detection, tracking, and capture systems, in a bid to keep airliners and passengers safe. However, they could be jumping the gun. Experts are warning that today's counter-drone systems are no cure-all, as they cannot defend against some types of criminal drone threat--especially the most determined airspace saboteurs using home-built, customized drones that may not respond to conventional countermeasures. However, a number of ingenious ideas are now being investigated to shore up some of the gaps in functionality, and some of them are even based on the technology of the moment: deep learning. Aviation safety authorities worry about drones because they can penetrate cockpit windscreens, injuring the pilots, or risk starting inflight fires by breaching the fuel tanks in aircraft wings, or causing sudden engine failure during a critical part of flight like takeoff or landing, perhaps leading to a crash.

A new anti-drone kit billed as the Swiss Army Knife of drone defenses just debuted from French company CERBAIR. The drone detection and mitigation tool--the business end of which is a hip-fired electromagnetic rifle--is emblematic of a growing urgency to develop security tools for guarding against rogue drone attacks. The prevalence and growing sophistication of drones has created a serious obstacle for law enforcement. Commercially available drones can be used to threaten government officials and carry out attacks during public gatherings and events. A joint multi-agency threat assessment issued prior to then-incoming President Biden's inauguration listed drones as a potential threat.