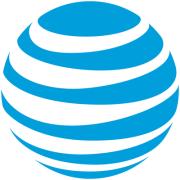 AT&T* and Dedrone, a San Francisco-based drone detection technology startup, are teaming up on a drone detection solution that helps protect military bases, venues, cities, and businesses, from malicious drones. As drones become more prominent, so does the misuse of the emerging technology. According to the Federal Aviation Administration¹, people purchased roughly 3 million drones worldwide in 2017. More than 1 million drones have been registered in the U.S. This creates a new avenue and threat vector for the community.

Heat-seeking drones can save the dolphins

Unmanned drones equipped with thermal imaging cameras could save dolphins, according to a new scientific study out of NZ and the UK. According to the study, the endangered Maui and Hector's dolphins in New Zealand and other marine mammal species around the world could be saved from caught up accidentally when fishing for other species. The successful study proved aerial thermal detection and identification of Maui and Hector's dolphins, and other marine mammals would be possible from both manned and unmanned aircraft and could be used on drones. Martin Stanley from Ocean Life Survey, who led the study, has designed and developed an unmanned remotely operated thermal imaging drone system that can be used for marine mammal study and protection. The thermal drone system can be operated from vessels such as fishing boats to provide real-time detection of and protection to marine mammals.

Come fly with me: Why Catalonia is really seeing drones take off

Catalan drone maker CATUAV's MINEOS UAV, initially developed for landmine detection in Bosnia, flying over the BCN Drone Center at Moià. While on the consumer side, first-person-view drone racing is growing in popularity, manufacturing the devices themselves remains a serious business. The market for unmanned aerial vehicles (UAV) worldwide expected to exceed 8bn ( 9bn) over the next three years, with annual growth rates above 20 percent. The US and China may lead in the manufacture of these aircraft but Spain's Catalan industry has managed to carve out a niche in the international market. According to Droneii, a German market research company specializing in professional drones, five models manufactured by the Catalan company CATUAV, based in Moià, 60km from Barcelona, are among the top 10 in the world in various categories.

Yuneec has announced a new addition to its lineup of consumer drones called the Mantis Q. It has a bunch of features for a $500 drone: 4K video, voice controls, and face detection, plus a top flying speed of 44 mph and 33 minutes of flight time. The Mantis Q weighs 1 pound and can be folded to fit into a backpack, making it ideal for families and casual photographers. The drone has three automatic flight modes: "journey mode," which flies on a straight, designated path; "point of interest," which circles an assigned object; and "return to home," which automatically returns the drone near its takeoff area. The Mantis Q is supposed to be able to recognize faces from up to 13 feet away and can take photos either through gesture control mode if the user waves their hand, or through a voice command like, "Take a selfie." Machine learning is the idea that describes computers that can essentially "learn" and process new information without specifically being programed to do so. If you give a computer a task, it will more-or-less get better at that task the more it has a chance to engage in it. Object detection is a subset of this idea and is of particular relevance to photos. Not only does object detection let you know which objects are in a photo (hence the name), it also gives you insight into precisely where they are, too. But out of all the industries and activities where object detection is poised to make a big impact, drone services are undoubtedly right at the top.