If rule changes like the international tiebreaker make MLB more exciting, they can't be wrong 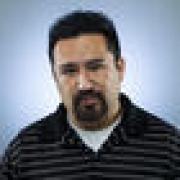 The World Baseball Classic semifinal between Puerto Rico and the Netherlands, tied through 10 innings, was decided by the international tiebreaker. The Netherlands started the top of the 11th inning with runners at first and second base. Puerto Rico batted in the bottom half of the inning in the same situation. I'll tell you: It was exciting, fun. And it was certainly better than sitting through more scoreless innings and waiting in sadistic anticipation for a position player to take the mound.

During negotiations, the two sides agreed not to implement a pitch clock until the end of the current collective bargaining agreement, which runs through 2021. Players complained about the potential unilateral introduction of the clock when it was used during games this spring. In 2019, the sport will operate with July 31 as its lone trade deadline. In the past, players could be dealt afterward as they were threaded through the waiver wire. Other changes coming this season included shorter broadcast breaks between innings, the reduction of mound visits from six to five and a few alterations to the All-Star Game.

To submit a question to the Sports Authority, email sportsauthority@slate.com. Via Twitter, @brettsota asks: What can MLB do to make games longer? In 2017, a nine-inning major league baseball game lasted, on average, 3 hours and 5 minutes. While that's longer than any other season on record, it's still 15 minutes shorter than the running time of Dr. Zhivago, and that film contains precisely zero grand slams. Nonetheless, this slow pace has become an issue of concern for the league as it tries to broaden its fan base and overcome a reputation as a dawdling and outmoded "pastime."

Computer to call balls and strikes in minor league

FILE - In this May 13, 2018, file photo, MLB umpire Joe West, right, talks with a player in the ninth inning during a baseball game between the Arizona Diamondbacks and the Washington Nationals in Phoenix. West, who has umpired more than 5,000 big league games, said the 2016 TrackMan computer system test was far from perfect. NEW YORK – Get ready for strikes by robots. Computers will be used for ball/strike calls starting April 25 in the independent Atlantic League, where the distance between home and first will be shortened by 3 inches. The ground between the mound and home plate will lengthen by 2 feet for the second half of the season beginning July 12.

Fox News Flash top headlines for May 23 are here. Check out what's clicking on Foxnews.com It was quite a night for MLB veteran Rajai Davis of the New York Mets: It started with minor league batting practice in Pennsylvania and ended with him smacking a three-run home run in New York to cap a Mets victory. Around 5 p.m. Wednesday, Davis was in Allentown, Pa., with the Triple-A Syracuse Mets, preparing to play the Lehigh Valley IronPigs. Suddenly, Davis -- a 38-year-old outfielder who played for seven other MLB clubs before joining the Mets organization -- received a call that he was wanted in New York for the Mets' game Wednesday night against the Washington Nationals.