Prime Minister Shinzo Abe returned to work Wednesday after a three-day summer break that included a hospital visit, leading to speculation he is suffering ill health. "I got a checkup a day before yesterday to make absolutely sure I'm healthy," he told reporters. "I'm getting back to work now, and I hope to keep working hard. He walked off, without responding to reporters' follow-up questions about the checkup. Speculation about the 65-year-old's health has been swirling after he spent more than seven hours at Keio University Hospital in Tokyo on Monday. The visit followed a recent magazine report that said he vomited blood in July. A hospital source said Abe underwent tests Monday as a follow-up to a checkup he underwent in June. Some members of Cabinet and others close to Abe have expressed concern that the prime minister has been showing signs of exhaustion after months leading the nation's response to the coronavirus pandemic. Abe worked for nearly 150 days straight from late January through late June and took three days off last month. He remained in Tokyo for all six days spent away from his duties in July and August as the Tokyo Metropolitan Government has requested residents refrain from traveling outside the capital on summer vacations to prevent a further spread of the virus. Almost a third of the total infections in Japan have been reported in Tokyo. In his previous stint as prime minister, Abe abruptly resigned from his post in 2007 due to an intestinal disease called ulcerative colitis but said later he had overcome the illness with the help of a new drug. He returned as leader in 2012. Concerns that his physical health may be worsening come as the virus spreads throughout the country, slamming the economy his government had previously touted as a success. Polls show the public is unimpressed with his management of the crisis, but Abe has rebuffed opposition calls for a new session of the Diet to debate virus policy. Jun Azumi, Diet affairs chief of the main opposition Constitutional Democratic Party of Japan, said the premier should explain his physical condition. "Is it interfering with his ability to carry out his public duties?" "Can he not stand up to questioning in the Diet?

Japanese Prime Minister Shinzo Abe entered a hospital on Monday for a medical check-up, a government source said, after a top official voiced concern the premier was suffering from fatigue because of his workload during the coronavirus pandemic. Abe, Japan's longest-serving prime minister, plans to return home later on Monday after the examination at Tokyo's Keio University Hospital, the source familiar with the situation told Reuters News Agency. The reason for the check-up was not immediately clear. News of Abe's health comes as the country reported its sharpest economic decline due to the coronavirus pandemic. Kyodo News said it was a regular check-up, citing people near to the prime minister, while Nippon TV quoted government sources as saying it was not a worrying situation. 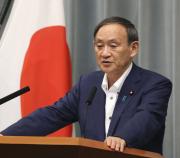 There is no sense of excitement among those working around Prime Minister Shinzo Abe although he is set to overtake his great-uncle, Eisaku Sato, as the country's longest continuously serving prime minister on Monday. This is because concerns about the prime minister's health are once again growing, making the future prospect of his administration uncertain. Speculation of Abe stepping down within the year is starting to increase within his ruling Liberal Democratic Party, with some members bracing for the possibility of a sudden change in the situation. Abe will on Monday mark his 2,799th consecutive day in office since he retook the prime ministership in late 2012, passing Sato, who served in the position for 2,798 straight days between Nov. 9, 1964, and July 7, 1972. The prime minister previously assumed the post in late September 2006, but quit a year later due partly to worsening symptoms of ulcerative colitis, a chronic condition.

A motorcade carrying Japanese Prime Minister Shinzo Abe was seen entering a Tokyo hospital on Monday, fuelling concner about his health and fatigue from handling the coronavirus crisis. Citing several government and coalition sources, local media said Abe would receive the results of a medical check-up from a week ago, when he underwent an examination that lasted seven-and-a-half hours. "This time it's to hear the results of the medical check-up," an anonymous government official told the paper. Abe, already the country's longest-serving prime minister, was set to surpass a half-century-old record set by his great-uncle Eisaku Sato for the longest consecutive tenure as prime minister on Monday. Abe, in office since 2012 in his second stint as prime minister, resigned from his first term in 2007 because of struggles with ulcerative colitis, which he now keeps under control with medication that was not previously available. 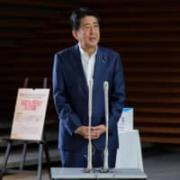 Prime Minister Shinzo Abe plans to hold a news conference Friday amid growing concerns about his health, senior government officials said Tuesday. Abe is expected to provide an explanation about the measures his government has been taking in response to the coronavirus pandemic, as well as an update on his health condition, the officials said. Abe "should explain (his health condition) by himself. I suppose he will tell (the public) that he is fine," said a senior lawmaker of Abe's Liberal Democratic Party. It would be Abe's first official news conference at the Prime Minister's Office in Tokyo since June 18.