What you should know about the metaverse, AI and supercomputers

Meta has promised a host of revolutionary uses of its supercomputer, from ultrafast gaming to instant and seamless translation of mind-bendingly large quantities of text, images and videos at once -- think about a group of people simultaneously speaking different languages, and being able to communicate seamlessly. It could also be used to scan huge quantities of images or videos for harmful content, or identify one face within a huge crowd of people.

The Metaverse Land Rush Is an Illusion

After Facebook's rebrand to Meta, a string of stories about a digital land rush began. Investors were buying up plots of land in cyberspace, sometimes for millions of dollars, seemingly convinced there must be gold in them thar metaverse hills. And if so many people with so much money were rushing it, it must be because there's a profit to be made. However, the language that we've been using to discuss this new phase of technology--describing it in terms of a singular metaverse with finite space to develop--has helped conceal a reality that more closely resembles early-access video games and common pump-and-dump schemes. It's only been a couple months since Facebook's rebrand, but it's hard to overstate how much it's already driven the conversation about "the metaverse."

Metaverse is Confirmed Here To Stay

Metaverse concept is a digital space that is shared by everyone in the virtual world. It is a 3D space with customizable realities, social media integration, and an interactive environment where users are immersed in their own unique reality.

Welcome to the … Metaverse ! 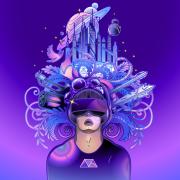 Disruptive technologies and trends will always be trending with guarded enthusiasm, until they eventually succeed via a mass adoption. “This Metaverse is going to be far more pervasive and powerful…

What is the metaverse and why is it so controversial?

Out of seemingly nowhere, the metaverse has simultaneously become a subject of excitement and controversy over the past few months. While companies like Facebook (or Meta) and Microsoft predict that the metaverse will someday replace the internet, critics argue it's a marketing gimmick that won't ever see the light of day. So in this article, let's explore what the metaverse is, how it could affect our lives in the future, and why it's such a controversial subject today.