Success of Paralympics key to positive cultural change in Japan

With 1,000 days to go until the opening ceremony of the Tokyo 2020 Paralympics, thoughts are turning to how the games can become a positive vehicle for change in a culture often averse to it.

Volunteers prepare to be the face of inclusive 2020 Tokyo Olympics 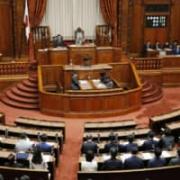 While athletes will take center stage at the 2020 Tokyo Olympics and Paralympics, volunteers -- including people with disabilities -- are expected to play a significant role in supporting spectators and others who will flock to the games. "Please show your support until the end," Yoshihiro Muramatsu said as he handed out commemorative bags to attendees at the main entrance of a para-ekiden long-distance road relay at Tokyo's Komazawa Olympic Park in March. Muramatsu, a first-year student at the Tsukuba University's Acupuncture and Physical Therapy Teacher Training School in Tokyo, volunteered at the event, where teams of runners and para-athlete runners passed the sash over an 18.74-kilometer course. The 28-year-old Muramatsu, who lost his vision when he was a junior high school student, has applied to volunteer at next year's Summer Games. "You don't really come across a chance in your life when you can be involved in the Olympics and the Paralympics," he said.

Ever feel like the broadcasts for running meets lack a few bells and whistles that you may notice during other sporting events? If so, Tokyo 2020 is hoping to change that--and revamp the viewer experience with artificial technology innovations. On Wednesday, Intel announced a new partnership with International Olympic Committee (IOC) and the Tokyo Organizing Committee of the Olympic Games, and as part of it, also revealed some of the tech they will have at the event to offer broadcasters in Tokyo next July. As a result, track and field fans should be in for a very different viewing experience than they are used to. For starters, the tech giant is debuting what they call 3D Athlete Tracking (3DAT). 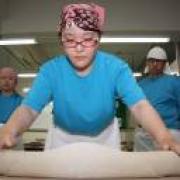 Revelations about doping in recent years have shaken the very foundations of the Japanese sporting world and its reputation for fair play. Many cases from cycling, swimming, speed skating and other disciplines are viewed as careless violations, with athletes thoughtlessly buying sports supplements without regard to the risk of consuming banned substances. It is undeniable, however, that such incidents have scarred the clean image Japan has built up over the years. With just two years until the 2020 Olympics, many are questioning whether the nation's athletes and sports associations have a good understanding of the issues. In January, revelations about the unprecedented misconduct of a Japanese canoeist shocked the public after he spiked the drink of a rival to frame him for doping.

With less than three years to go before the 2020 Tokyo Olympics, a surge of interest has been seen in people hoping to be trained to become Olympic volunteers, seen as vital to the smooth operation of the games. Olympic volunteers will be split into two categories -- those manning the daily activities at sporting venues, such as guiding spectators to their seats and working front desks, and others who will act as guides at airports, stations and tourist locations. Over 90,000 volunteers are expected to be needed during the Tokyo Olympic and Paralympic Games, which will run from late July through early September. The hope is that many of them will also speak English and other foreign languages. "Since (Olympic) volunteers usually work with people they've just met, good communication skills are essential," an instructor from the Japan Sports Volunteer Network said in a lecture to about 70 students at Tokyo Resort & Sports College in the capital's Ikebukuro district in mid-August.