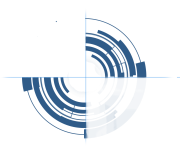 Quadrant also aims to address the non-transparency issues in the data industry, which lead to a lot of fraud where companies are hiding their sources. With the transparency promoted within Quadrant, companies will be able to trace the data sources for compliance purposes, as well as ensure that they get the data they paid for and that it is what they want for their application. As well, Quadrant ensures that all the data providers within the value chain receive proper and fair compensation, as the original creators, dubbed as the nurseries, are often left out when it comes to the profits generated by the data they provide aggregators or companies.

Using ICO For Issuance Of Common Equity: More Is Coming

The world of ICOs, or'Initial Coin Offerings,' is replete with intrigue and mystery, with tales of millions of dollars being raised in mere minutes from around the world, often for pre-revenue companies that often seem in reality to be mere suggestions or ideas, or at most'projects.' There are also tales of fraud and deception, and on more than one occasion I have witnessed LinkedIn threads abuzz with stories where individuals, whose identities having been unwittingly borrowed, find themselves on the advisory boards of companies of which they have never heard of. It is these unfortunate stories, coupled with a recent slew of enforcement actions here in the U.S., that arguably have somewhat stymied the confidence of the institutional investor community and others in the ICO concept and could be impeding their entrance into the space. With this said, another world is beginning to emerge from within the crypto world, a world with real companies offering real products that people can actually understand, and they are beginning to use blockchain tokenization – yes, ICOs – to simply raise capital and benefit from what the technology has to offer in many facets of capital issuance and ongoing corporate governance. In the vernacular of ICOs, tokens used for this purpose would be referred to as "security tokens" rather than "utility tokens." 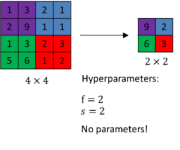 If we think of this \(4 \times 4 \) region as some set of features (the activations in some layer of the neural network), then a large number means that this particular feature is maybe detected. So, the upper left-hand quadrant has this particular feature, maybe a vertical area or maybe an eye of an animal. Clearly that feature exists in the upper left-hand quadrant, (maybe that's a cat eye detector), whereas this feature doesn't really exist in the upper right hand quadrant. So, the features, detected anywhere in one of these quadrants, max operation has preserved in the output of max pooling. What the \(max \) operation does is really safe.

This blog post examines the different components of the artificial intelligence (AI) ecosystem. We will illustrate what the categories of innovation are and which categories have the most companies. We will also compare the categories in terms of their funding and maturity. Let's start off by looking at the Sector Map. We have classified 2497 AI startups into 13 categories. 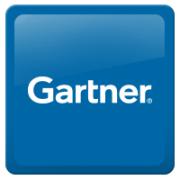 Data science platforms are engines for creating machine-learning solutions. Innovation in this market focuses on cloud, Apache Spark, automation, collaboration and artificial-intelligence capabilities. We evaluate 16 vendors to help you make the best choice for your organization.