Match Group Looks to Capitalize on Video Dating During the Pandemic 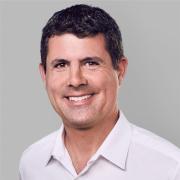 Dallas-based Match operates several dating apps, including Tinder, Hinge and OkCupid, as well as its namesake brand. The company in July completed its separation from IAC/InterActiveCorp., which previously owned a roughly 80% stake. Match released video-chatting features for its apps in the spring as users started avoiding traditional dating spots such as bars and restaurants. The company is now in the beginning stages of developing features such as games and icebreakers to make those one-on-one video calls more engaging--part of a broader strategy to find new ways to generate revenue from its millions of users, according to Chief Financial Officer Gary Swidler. "We've got a lot of users, and I think there's more we can do with them," said Mr. Swidler, who is also Match's chief operating officer.

Bumble, Match Have Love Left to Give

Chances are, some of those losses will linger. In part because of Covid-19's impact, Match's third-quarter revenue guidance last week came in slightly below analysts' forecast, excluding Hyperconnect, the Korean social-discovery app Match bought this year. Bumble's guidance looked solid for the third quarter; but the company also said many users of its other app, Badoo, reside in some of the areas hardest hit by the latest Covid-19 wave, which could weigh on its growth until conditions improve. Match's shares are down more than 6% since its report last week, while shares of Bumble traded up less than 1% after hours Wednesday following its earnings call. The good news is that full-year guidance shows both companies expect the period to end on a high note.

Match Group, which also owns dating apps OkCupid, Match.com and Plenty of Fish, reported a profit of $99.74 million for the quarter ended March 31, compared with a profit of $20.05 million a year earlier. Analysts had projected profit of $56 million, according to a survey by FactSet. Revenue increased to $407.37 million, from $298.76 million a year ago. Analysts had forecast $386 million in revenue. Revenue at Tinder increased more than 150% compared with a year ago.