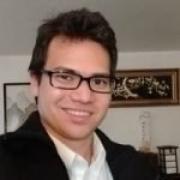 Naive Bayes Classifiers are probabilistic models that are used for the classification task. It is based on the Bayes theorem with an assumption of independence among predictors. In the real-world, the independence assumption may or may not be true, but still, Naive Bayes performs well. Naive It is called naive because it assumes that all features in the dataset are mutually independent. Bayes, It is based on Bayes Theorem.

In this tutorial we will discuss about Naive Bayes text classifier. Naive Bayes is one of the simplest classifiers that one can use because of the simple mathematics that are involved and due to the fact that it is easy to code with every standard programming language including PHP, C#, JAVA etc. Update: The Datumbox Machine Learning Framework is now open-source and free to download. Note that some of the techniques described below are used on Datumbox's Text Analysis service and they power up our API. The Naive Bayes classifier is a simple probabilistic classifier which is based on Bayes theorem with strong and naïve independence assumptions. It is one of the most basic text classification techniques with various applications in email spam detection, personal email sorting, document categorization, sexually explicit content detection, language detection and sentiment detection.

Now that we have a model, we can do some predicting. We do this by feeding our test data into our model and comparing the predicted party affiliations with the known ones. The latter is done via the wonderfully named confusion matrix – a table in which true and predicted values for each of the predicted classes are displayed in a matrix format.

You are working on a classification problem and you have generated your set of hypothesis, created features and discussed the importance of variables. Within an hour, stakeholders want to see the first cut of the model. You have hunderds of thousands of data points and quite a few variables in your training data set. In such situation, if I were at your place, I would have used'Naive Bayes', which can be extremely fast relative to other classification algorithms. It works on Bayes theorem of probability to predict the class of unknown data set.