Coroner's officials are investigating the death of a Colton 6th-grader who died after a school soccer game, authorities said. Officials said Dominick Gallegos, 12, a student at Ulysses S. Grant Elementary School, died at a hospital Tuesday. Colton police were on campus Wednesday to assist the coroner's office with the investigation, said Katie Orloff, a spokeswoman for the Colton Joint Unified School District. A team of crisis counselors are also on campus to assist students, she said. We're all upset," Orloff said.

Grieving dad says his 12-year-old boy was killed by bully at school, not by accident 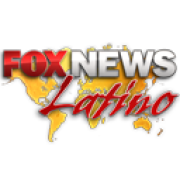 A 12-year-old boy lost his life earlier this week during soccer practice at school – and his parents are blaming a fellow classmate. Dominick Gallegos collapsed and died Tuesday afternoon at Ulysses S. Grant Elementary School, in Colton, California. His parents say his chest was stomped by a school bully prior to losing consciousness. School officials told them that Dominick lost consciousness after running into another student, according to what the father, Joel Gallegos, told a KTLA reporter on Wednesday. Katie Orloff, a spokesperson for Colton Joint Unified School District confirmed the student's death and said a crisis team was provided to the school.

A volunteer volleyball coach who recently worked at both Cal State Long Beach and Huntington Beach High School has been accused of sending lewd images to an underage girl, authorities said Wednesday. Troy Crutchfield, 26, of Costa Mesa, was arrested on suspicion of sending harmful matter to a minor, according to a news release from the Orange County Sheriff's Department. Crutchfield had been sending lewd videos of himself to a girl he met online, according to Lt. Mark Stichter, a Sheriff's Department spokesman. The victim was not a player whom Crutchfield had coached, Stichter said. Members of the Orange County Child Exploitation Task Force began investigating Crutchfield in March, and Stichter said officers are searching for additional victims. 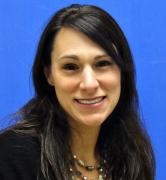 Prince's autopsy, particularly the toxicology report, may clarify whether prescription painkillers played any part in his death. Determining whether the music superstar died of a drug overdose will likely involve not only tests of his blood, urine, liver tissue and fluid from the eyes, it also will require compiling evidence from Prince's medicine cabinet, his medical history and possibly information from witnesses and those who knew him. Authorities haven't said when results of the April 22 autopsy will be released, only that it would take weeks. Questions about Prince's health surfaced April 15, when his plane made an emergency stop in Moline, Illinois. He was found unconscious aboard the aircraft, a law enforcement official who was briefed on the investigation told The Associated Press.

This undated photo provided by the California Department of Corrections and Rehabilitation shows corrections officer Armando Gallegos. Authorities said Gallegos, 56, died five months after he and another officer were attacked by a dozen inmates April 21, 2018 at Kern Valley State Prison in Delano, Calif. The CDCR said Gallegos died at a hospital Sept. 14, 2018. The guards' union believes his death is related to injuries from the assault, but the official cause is pending a coroner's report.