That's the message dating app Bumble has for its competitor Match Group after the latter filed a patent infringement lawsuit on Friday. Bumble, founded and led by former Tinder executive Whitney Wolfe Herd, took out a full page ad in Tuesday's edition of the New York Times to speak openly about its frustrations with Match Group, a company that has repeatedly tried to buy and copy Bumble. SEE ALSO: Tinder's owner couldn't buy Bumble, so now the company is suing instead "We are going to tell our full side of the story in court, and we feel confident in that," Herd told Mashable in an interview on Tuesday. Bumble and its executives could not comment directly on the intricacies of the lawsuit nor any pending offers with Match Group, but according to Herd, regardless of circumstances, Match Group simply wouldn't be a match. Match Group owns dating apps Match.com,

Match Group, which owns Tinder, Match.com and OKCupid, recently filed a lawsuit against Bumble, claiming that its rival violated two of its patents. Now Bumble has clapped back. In an open letter published on its website, Bumble says in no uncertain terms that it believes the lawsuit to be an extension of Match's ongoing attempts to acquire it and calls the lawsuit "baseless." "We swipe left on you. We swipe left on your multiple attempts to buy us, copy us and, now, to intimidate us," Bumble said in its letter.

The Tinder-Bumble Feud: Dating Apps Fight Over Who Owns The Swipe 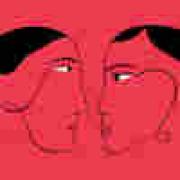 Match says its lawsuit is anything but baseless -- detailing, in hundreds of pages of court documents, numerous similarities between the two apps. In the process, Match has accused Bumble of "almost every type of [intellectual property] infringement you could think of," says Sarah Burstein, a professor at the University of Oklahoma College of Law whose research focuses on design patents. One of the central questions revolves around Tinder's patented system for connecting people over the Internet. The matching is based on mutual interest, as expressed through a swiping motion.

Bumble has filed a counter lawsuit against Tinder's parent company Match Group. The move comes in response to Match Group's lawsuit accusing Bumble of patent infringement, specifically with swipe-based matching (see patent) and undoing a "left" swipe. It may seem like a movie plot, but no, this is real life. We've entered the war of the dating apps. SEE ALSO: Bumble buys full-page ad to call out Match Group's'scare tactics' Match Group owns Tinder, along with Match.com,

Bumble isn't done swiping left on Tinder's parent company Match Group. After publishing an open letter excoriating Match, the women-focused dating app has filed a lawsuit against Tinder's owner, accusing it of stealing trade secrets, among other things. Match started the legal battle when it sued Bumble for allegedly violating its patents, but TechCrunch says this isn't Bumble's response to that lawsuit -- it's a separate one altogether. In the complaint, Bumble argued that the patent lawsuit is baseless but admitted that the two were discussing acquisition over the past few months. It said that when Match found out other companies were interested in either acquiring Bumble or investing in it, Match filed that patent lawsuit to make the dating service less appealing to rival buyers and investors.