When Ted Cruz picked Carly Fiorina as his running mate two weeks ago, the move was largely seen as a desperate attempt to inject some excitement into his presidential campaign and steal a victory from Donald Trump in the Indiana primary. At this point, we all know how that went. But now it looks like Fiorina might have been the final nail in Cruz's coffin. Not only did the former Hewlett-Packard chief fail to improve perceptions of Cruz, she actually made things worse, according to new survey data from research firm Ace Metrix. Ace Metrix, which measured viewer consumer sentiment for every presidential campaign commercial released so far in 2016. 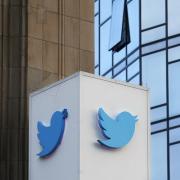 Even as humans are getting better at recognizing bots -- social media personas that are just software disguised as people -- so these bots are growing more sophisticated and human-like. A new study by researchers at the University of Southern California tracks how -- and suggests ramifications for public opinion and the 2020 election. The study, published in the journal First Monday, looked at 244,699 Twitter accounts that tweeted about politics or the election in both 2016 and 2018. Using Indiana University's Botometer tool, the researchers determined that 12.6 percent -- about 31,000 accounts -- were bots, a percentage that aligns with previous research. A look at the bots' tweets showed that most of their 2016 activity was, well, bot-like, as in rhythmically mechanical and largely composed of retweets.

A research team led by Microsoft co-founder Paul Allen has found the wreckage of the Indianapolis, a Navy cruiser that was torpedoed 72 years ago during the final days of World War II in one of the worst disasters in U.S. naval history. The ship's remains were found Saturday on the floor of the Pacific Ocean nearly 3.5 miles below the surface, the Navy said in a news release. The exact location of the discovery would remain confidential, the Navy said. The ship's anchor and bell were clearly visible in photographs shared over Twitter. Allen said in a statement that he hoped the find would bring closure to those connected to an important chapter in World War II history.

Josh Russell has been hunting Russian bots since 2016 and has the results to show for it. Josh Russell, a systems analyst, shows journalists a Russian Twitter bot, at his Indianapolis home, Wednesday, Aug. 29, 2018. Russell is about two weeks out from a series of media interviews, including CNN, and says that he's receiving more attention from trolls, including being doxed, where his home address information was made public. At about 8 p.m. on most evenings, when the day is winding down, his two young sons are asleep and his wife is heading to bed, Josh Russell's mind is on Russia. With Russian trolls lurking undetected on the internet, the 39-year-old Indianapolis resident spends several hours immersing himself in the task of weeding them out.